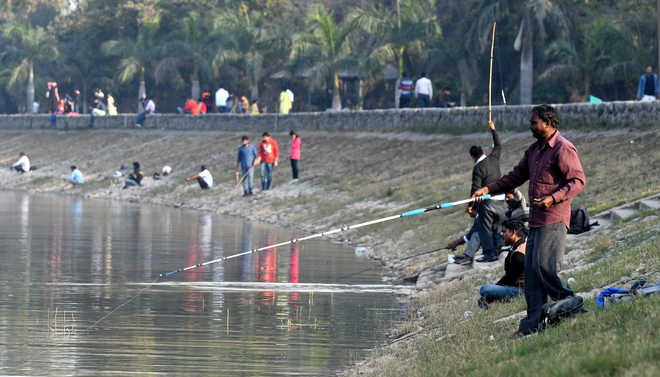 He taught us English. Tall, dark and handsome, Mr George Newton was extremely fond of fishing and gardening.

A splendid array of flowering and ornamental plants made his little house stand out on the sprawling campus of the boarding school. Every Sunday, he used to go to the nearby Kanjli wetland for fishing. Sporting a beige beret and equipped with a fishing rod, lunch box and umbrella, he would ride his Lamby for the weekly expedition.

Bait, wait and fate are three cardinal principles of fishing, he would stress. In life, too, one needs to hook on to the bait of endeavour and wait patiently to let the destiny bestow success, he would elaborate. As a housemaster, he was a hard taskmaster and a strict disciplinarian. Students were afraid of his ire and his intense stare would suffice to keep us on the right track.

One morning, he woke up to find more than two dozen of his flower pots along with the exquisite plants missing. All hell broke loose. The most beautiful house of the campus wore a desolate look. Guards, wardens and others were pressed into an intensive search operation for the missing plants, but in vain.

The principal was aghast by the act of gross indiscipline. Threats and warnings fell on deaf ears. Amid this conundrum, Mr Newton appeared to be the most calm. He was unfazed because he believed in his time-tested formula of bait, wait and fate, and this was the right time to put it into practice, once again.

He decided to address the morning assembly, ‘The boy who has taken away my plants knows how much I love them. I urge him to be kind to my flowers. They don’t deserve to suffer because of my harsh demeanour. And moreover, if the boy has a change of heart, he may contact me at any hour of the day. No punitive action would be taken against the defaulter.’

The offender took the bait. He contacted Mr Newton a day after the announcement Mr Newton remained true to his promise and forgave him without making his name public. We had to wait until our passing-out day in the school for the disclosure of the events by the erring student himself. The 14-year-old boy, a victim of Mr Newton's anger, nurtured a grudge against him. To settle the score, he woke up at 2 am, took an empty garbage lifting cycle-cart to his house, placed more than two dozens of plants in the cart and hid them in an out-of-use overhead water tank. He had to climb umpteen steps for an equal number of times with flower pots in both hands, in the dead of a winter night.

Later on, in life, when he went on to scale the rugged and rocky peaks of Kargil to win laurels for his regiment and country, it didn’t surprise me a wee bit!