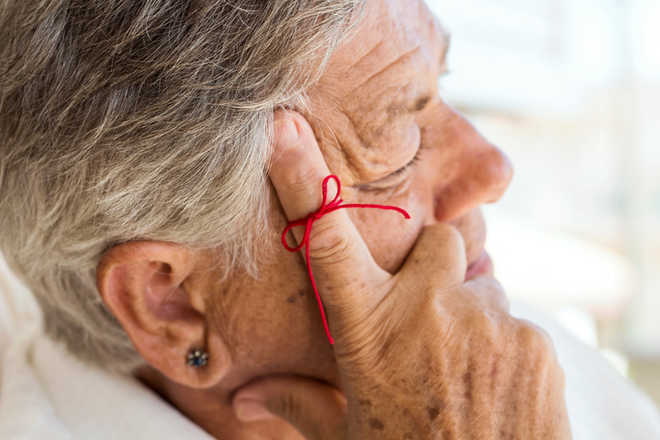 DECLINE in cognitive functioning, or dementia, creeps in silently. Globally, around 55 million people are known to be afflicted by it. I can empirically say that the elderly are more vulnerable to memory disorders. During my days in uniform, I could carry out a three-hour operational briefing without referring to notes. I also remembered the telephone numbers of most of my acquaintances. But not anymore. Recent memory now plays truant, though my episodic recall of old events is largely intact. I still vividly remember the first fall from the horse and the two dog bites that I suffered in childhood. But now, I often forget the name of someone I met just a fortnight ago.

When I realised I was getting forgetful, I tried my own solutions. It often happened that while proceeding on a chore, I had to turn back midway to collect something that I needed. So, I listed out the essential items that one invariably required for routine tasks: spectacles, wallet, audio aid, mask, phone. I memorised these.

It worked fine for a while. Then, I began having difficulty in remembering the five things. As an aide-memoire, I typed ‘SWAMP’ (an acronym formed by picking the first letter of each item) on a slip and pasted it just above the exit door handle. No midway returns anymore — till the day I carried a pen instead of the phone!

I recalled my days of military training in the academy. While giving verbal operational orders under battle conditions, we were taught to follow a strictly formatted sequence to ensure that in those dangerous situations no essential detail got left out. There were several heads and subheads covering different aspects. We memorised all, till the last activity — synchronisation of watches. Remembering these details and their sequence had become our second nature.

I tried adopting the military method. I would carry out activities as per a schedule. Clip nails every Monday; monthly haircut on first Sunday; a boiled egg every odd day; daily walk at 6 pm, and more. I would also count the steps I walked daily and memorised the number of pole lights and trees in the park.

Every morning, when the maid brought tea, I would ask her if it had rained at night. She must have found it odd when I did so, even in the driest months of summer. But weather was not in my crosshairs; dementia was.

When the cleaning woman entered our room, I would greet her with ‘Namaste Amma’. The wife once chided me for calling someone less than half my age Amma. But my pursuit was far removed from social minutiae. Besides, the woman had never demurred.

Once when I said, ‘Namaste Amma’, she giggled, ‘Aaj do baar kyun?’