Revel in the united colours of India : The Tribune India

Revel in the united colours of India 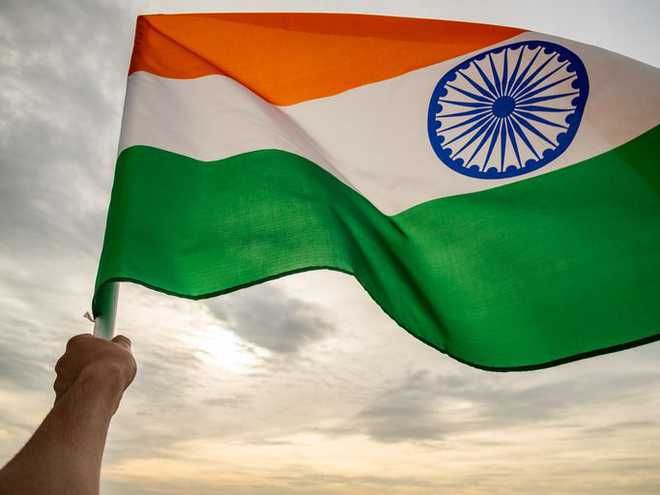 From the Salt March to the glorious march-past at the Red Fort; from bloodshed on the streets to Tricolour on the roads; from being ridiculed for speaking Hindi to being respected for doing so; from the British reign in India, to a rain of Commonwealth gold medals for India; from being looked down upon for being Indian to be looked up to for being an Indian; from importing electronic items and medicines, to exporting aircraft and vaccines; from times when Indians looked westward, to a time when westerners look eastward; from Azadi ki ladai to Azadi Ka Amrit Mahotsav, the journey of our motherland has been arduous!

I travelled recently to southern and northern India. I found myself staring at a plethora of tricoloured visuals. There were orange and green chairs around a white table at a cafe; a luscious green creeper bearing white Chameli flowers clinging to the trunk of a flowering orange Gulmohar tree; a pretty toddler sporting tricolour hairclips and rubber bands; a florist’s garlands made of marigold, Rajnigandha and Ashoka leaves; a young couple wearing white tees sipping orange juice and aam-panna in a cafe; a woman with an orange sari and a green border sporting a white gajra in her hair; tricolour bangles and bindis, wristbands and pocket squares, tie-pins and badges, dupattas and ribbons, kites and balloons, carrots-and-peas biryani, idlis served with tomato, coconut and mint chutneys, DPs and profile pics; the Tricolour was all around…and then it struck me! The world is but a mirror of who you are! The compelling patriotic spirit in me notices it here, there and everywhere!

From the streets of Hyderabad to those of Jammu, there was one thing in common. There were vendors selling the Tiranga everywhere! It seems a million-plus replicas have recently been made of the Tiranga but the demand has far outnumbered the supply. Driving through a village in Karnataka, I saw little children holding miniature flags, racing along the road with gleeful eyes… their laughter brought a smile to my lips and involuntarily I started to hum a song learnt in school: “Aloft the banners flying o’er ancient Hindustan; Ye saffron, white and green proclaiming freedom’s sweetest morn...”

Yes! Let’s cherish our Independence as we pay homage to the martyrs of the freedom struggle. Blessed were those who embodied the spirit of ‘Mera Rang De Basanti Chola’ and died for the nation. Today, the call is to live for the nation and paint the skies saffron, white and green! Let’s walk the talk and wage a ceaseless battle against hunger, greed and corruption. God bless our country and those proud to be called the sons and daughters of our glorious motherland.