Ridding the mind of negativity 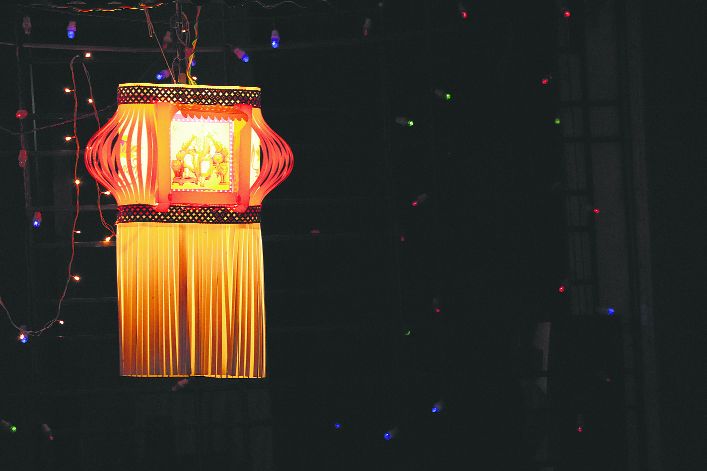 As the festive season approaches, people start cleaning and disinfecting their houses. It is the most appropriate time for such a purge. The three-month-long, tormenting rainy season bids goodbye. The heat and humidity start declining, heralding the onset of winter.

The armies of pests sheltering in the nooks and crannies of bedrooms and kitchen too are wiped out in the cleaning expedition, culminating when the house gets a fresh coat of paint. The whole exercise is aimed at removing the unwanted intruders as also the damp odour of the rainy season.

This brings cheerfulness commensurate with the festive season. The smouldering incense sticks add fragrance to the ambience. The house looks ready to welcome the festival of lights. But last year, this purging process set me thinking. I concluded that a similar exercise could be done to clean our memory alcoves to get rid of bad memories periodically that pop up to disturb our peaceful composure. Here is an incident.

After having served for three years in a government department in the tribal district of Lahaul and Spiti in Himachal Pradesh, I was given a town posting nearer my home. The tribal area tenure entitled me to an out of turn allotment of a government house. So, I was placed on top on the list of accommodation seekers. There was only one house in my category. It must have caused resentment to those senior to me. But I was unaware of it. A colleague surreptitiously addressed a letter on my behalf to the estate office that I voluntarily wanted to forfeit my allotment in favour of my boss.

This was without my knowledge and consent. Had he approached me, I would have obliged. Just a day before the allotment orders, I casually enquired from the estate office about the notification. ‘But you have forfeited your seniority in favour of your boss,’ said the office superintendent. I was taken aback. I told him that I had not written any such letter.

It slowly dawned on us that a forged document had been submitted. The enraged superintendent decided to initiate an inquiry. I contemplated on the pros and cons of the inquiry and requested him to hand over the forged letter to me. The colleague who had done this was a senior member of his cadre and was due for promotion. The inquiry could have damaged his chances. I didn’t want that to happen, but I did want to point out his misdemeanour and that I did. He looked apologetic. He was also my neighbour back in my village. After both of us retired, we met daily in the village. A bitter feeling surged in my mind on seeing him.

But one day, I cleared this and many more such bitter experiences from my memory to make myself cheerful and fragrant like my house on Diwali eve.