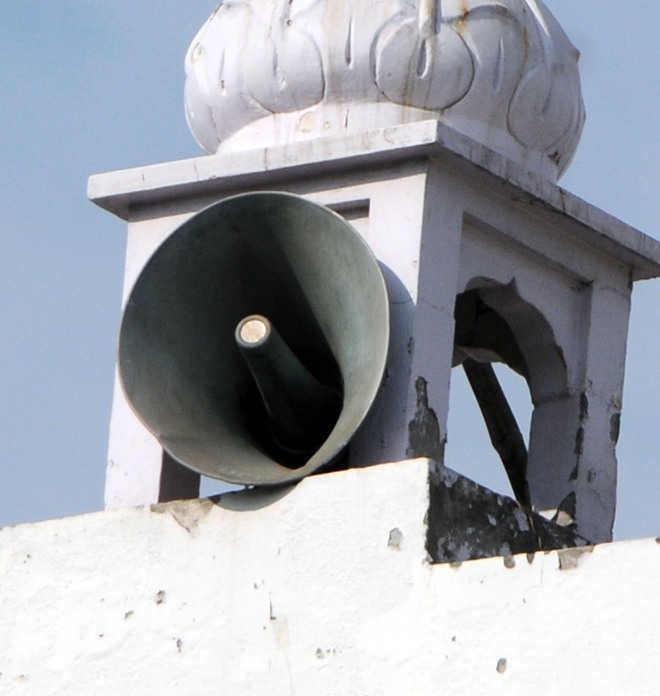 Just minutes before 4 am, our young guest from Germany, staying with us at my maternal village home, panicked. ‘Is there any emergency?’ he asked, worried. Baffled, we suddenly roused, trying to understand what had happened. He quickly referred to the day’s first prayer, emanating from the loudspeaker of a gurdwara nearby. It was his first morning.

We laughed, explaining it was prayer time, which took place every morning and evening. Minutes later, another two temples commenced, snatching away the dawn’s silence. So is the case, where loudspeakers are used to their maximum, not only by temples of my village, but wherever they are. It’s not that I am against spirituality or any religion, but what about our environment?

Once, when a relative, requested one of the religious sites in his village for keeping the volume low during the school examination season, the priest there got so offended that he purposely underlined this during a prayer talk, labelling the uncle as anti-religious. Thankfully, he wasn’t named.

Noise, however, is everywhere, wherever you go — originating from various sources. Road is one of the biggest culprits, where our favourite pastime of honking is always on. Interestingly, international travel writers, never forget mentioning it in their columns on India, some recommending packing ear plugs. And as if horns earlier were not that blaring, most of us have replaced them with excessively loud ones, leaving alarms of ambulances and fire engines far behind. Who cares for silent zones?

Like garbage trucks, vegetable sellers too, don’t mind the clamour, a majority of whom show up, announcing their deals through loudspeakers. Despite the night ban on noise, deafening DJs continue to be heard, and we know it well, how it goes for our ears, when we are part of the same parties. Ask the elderly, their answers will echo a different pain. With construction happening in almost every corner or woodwork, the irking noise goes on to give us company.

What an irony that when we go abroad, we appreciate their noise-free environment, and fail to carry lessons to our home country. Aren’t we building a road to deafness on our own, or say crafting a recipe for it, again with our own hands? After eyes, do we want to suffer from ear problems next? Many are, even at a young age. A quick glimpse at any ENT clinic will confirm. No wonder, several online platforms have begun advertising hearing aids, worn not only by old, but also young models, even teenagers. Let’s not overlook the fact that ear problems not only slowly lead to deafness, but also attacks the brain, if several studies are to be believed.

We must heed to the popular adage, ‘Prevention is better than cure’. What are we waiting for? Both the government and the people will have to play a vigorous role, and, of course, we will end up helping ourselves.