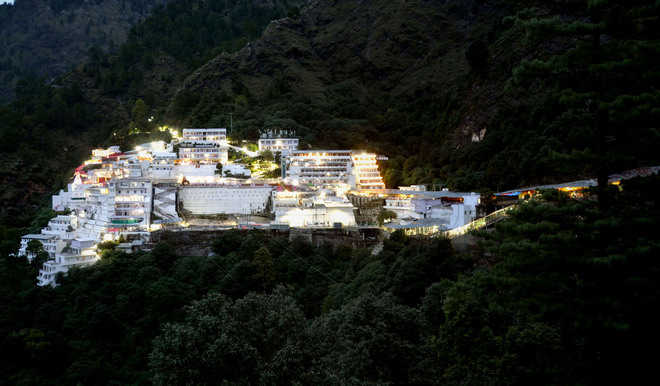 The New Year has brought bad tidings with 12 persons having died in a stampede at the Vaishno Devi shrine. This reminds me of a similar situation I was part of at the temple in J&K almost a decade ago.

I am not a great believer in rituals and undertaking pilgrimages, but relented at my wife’s insistence. It was the summer vacation in school and our son, then eight years old, accompanied us.

We reached Katra, the base camp for the pilgrimage, in the evening, and were taken aback by the rush of pilgrims. There were serpentine queues for getting the mandatory yatra slip. A sea of humanity had descended on the small town to have a darshan of the deity. We stood in a kilometre-long queue but soon got impatient as it did not seem to move ahead.

We had almost given up when we ran into a Delhi-based family who had the yatra slip and some of whose members had not turned up at the last minute. They very graciously allowed us to tag along on their slip.

We heaved a sigh of relief and began the 13-km trek up the scenic Trikuta hills. We huffed and puffed our way to the bhawan in the wee hours of the morning.

Having taken the customary bath, we got ready to proceed to the sanctum sanctorum. There was a huge rush of pilgrims who were standing in queues before different gates. As we moved towards our gate, a few impatient people at the back pushed their way ahead. It was a stampede-like situation and soon it was a free-for-all. Our group was caught in the melee.

I suffer from acute claustrophobia and this was too much for me. I got hold of our son and broke free of the crowd before sitting at a resting place. It was almost morning and bone-chilling cold at the mountaintop. I thought enough was enough and did not want to take any chance.

As sanity returned to the proceedings and the situation improved, my wife accompanied the other family for the darshan, whereas I waited outside with our son and the luggage.

I was shaken by the experience and thanked my stars for better sense having prevailed. I said a silent prayer to the Goddess from my perch. Soon, the party returned and we made our way back.

Having travelled hundreds of kilometres, our son and I returned without the darshan. The recent tragedy on New Year’s Day has brought back memories of that June 2012 trip to the Goddess’ mountainous abode when the deity virtually denied us the darshan, maybe because we did not have our own yatra slip.