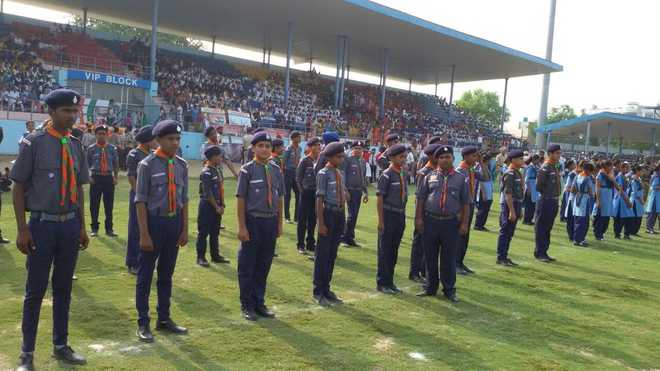 In school, I chose Australia for my project, not because of cricket, kangaroos or its romantically named Darling river, but because my father visited it as a 16-year-old schoolboy in 1935, as a scout for Lord Baden-Powell’s World Scout Jamboree in Melbourne.

Undeniably, this distinction was treasured more than a gold medal, over which our family still bursts with pride. Musing over old photos, daddy (Col HS Suri of Dogra Regiment) revived memories of his Australian trip, now my heirloom.

As Longfellow felt, ‘A boy’s will is the wind’s will and the thoughts of youth are long, long thoughts.’ Being a troop leader in school, in class 10, in Rawalpindi, he was selected in a 20-boy Indian contingent for the World Scout Jamboree. The others were princes of Dhenkanal and Mamdot, Amar Singh of Sialkot and Santokh Singh (who joined the police and was killed in Quetta’s Partition riots).

Just imagine, on departure day, a holiday was declared in all schools. Teachers, students, friends, family and all who mattered in Rawalpindi, turned up at the jampacked railway station, profusely garlanded him, gave speeches while a band bade ‘Bon voyage’ amidst cries of ‘Bole so nihal, Sat Sri Akal!’ A train took the scouts to Madras (Chennai) via Lahore and Delhi. From Colombo (Sri Lanka), they sailed on HMS Jervis Bay, an Aberdeen Commonwealth Liner, to touch the Australian shores at Melbourne.

Scouts from Asia, including the Far East, Europe and Africa, participated in the jamboree, transcending race and religious barriers. Wonderful it was… camping at Hills Will, scouts made clearings in forests, pitched tents, spit roast, sipped smoky milk from tin mugs, hiked, sang and danced around bonfires, in comradeship — living outdoor life to the fullest. They learnt Semaphore/Morse code signalling, tying rope knots for hanging/suspension/monkey bridges apart from rock-climbing, crossing rivers, rafting, trekking etc. They pledged ‘to do my duty to God and my country; to help other people at all times.’

Daddy gave a radio talk on Mahatma Gandhi. He stayed for two days as a guest of the Boys Scout Commissioner, Mr Hogg, met teacher Hazel Preston, visited Freemantle, Perth and Myer’s — the southern hemisphere’s biggest shop in Melbourne. The White Asian Policy was in practice then. A clean-shaven Sikh from Hoshiarpur, donning an achkan-churidar, saffron turban and earrings, came from Sydney to Melbourne to meet the Indian scouts. Holding an important post in the Australian administration, he had settled there before anti-Asiatic laws were passed.

Lord Baden-Powell gave ‘Boomerang of Peace’ to the Indian contingent, which was awarded Scout’s Star of India. This later promptly got my father a commission in the Army, seeing action in the Middle East in World War II. Indeed, soldiers never die, they just fade away.