Show must go on, from a distance 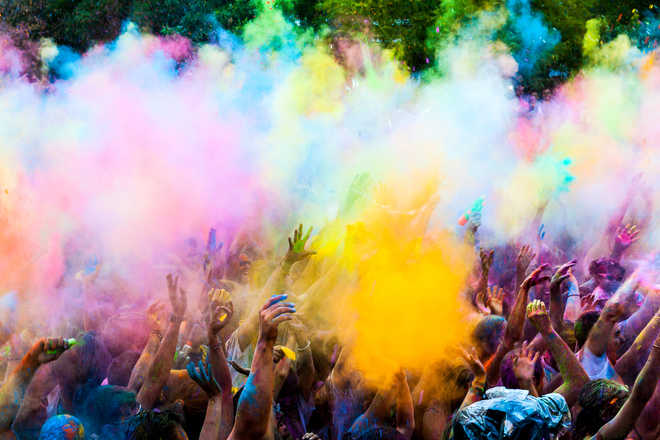 The time was about 8 am. I was lying in bed when I heard a sudden loud noise. At first, I thought somebody might have dropped a utensil in the kitchen, but then came another thud. I sat up startled, looked around and tried to guess where it was coming from. Just then, yet another thumping sound occurred. It was loud enough to make me jump out of bed and dash downstairs to the ground floor. But much to my astonishment, there was nobody there. I called out at the top of my voice, ‘Mom! Dad! Where is everyone?’ But there was no reply.

Then, as often happens in horror films, the doorbell started to ring, not once, not twice, but many times, like there was some urgency. I rushed to the door, but, lo and behold! Nobody was at the door, only a child riding his bicycle down the street. ‘Hey kid! Did you just ring the bell?’ I asked. He turned with a smile and said, ‘No, it wasn’t me!’ Confused, I turned to go inside, but he called out and said, ‘Could you please come out here and fix my bicycle chain? It seems stuck and I can’t pull it out.’

I stepped out of the front gate only to find myself surrounded by a group of children, armed with water-guns loaded with coloured water, water balloons and dry coloured powder. Figuring I was trapped, I dashed indoors, but alas, it was locked from the inside. I tried another door, but it was locked too. That instant, my wife and my parents emerged from behind the fence. ‘You shouldn’t have stepped out of your room at all,’ said my mother as she applied tika on my forehead and offered gujiya.

I still recall that moment in vivid detail because in that moment, I felt no better than a goat that is fed before it is sacrificed. Anticipating that no one would bother waiting for me to finish it, I swallowed the gujiya as fast as I could. The next moment, like a flash of lightning, my wife smeared my face with gulaal, wishing me, ‘Happy Holi!’ Now, it was the turn of others. ‘Bura na mano, Holi hai!’ they shouted again and again, and when the madness stopped, I was drenched from head to toe, looking like a modern art creation by a three-year-old.

That celebration was special, as it was my first Holi after my marriage. Years later, I long to be able to relive that euphoria once again. If it means wearing a mask, maintaining social distance and keeping celebrations within the family, well, so be it. As the saying goes, come what may, the show must go on.