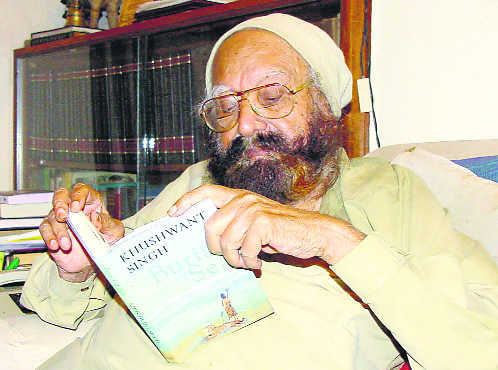 Years ago, I read Khushwant Singh’s article in The Tribune on ‘Singh’s English’. Recently, it reminded me of an incident during my interview in 1953. In college, I got an interview call for a marine engineering course at the Naval Dockyard, Bombay, for which I had taken a written test. The interview was held at Jalandhar and the board chairman was an Englishman, Navy Commander Jeffery in uniform, with other members from the Army and the defence ministry.

Being my first interview, I was nervous when I saw so many eyes on me. My first few questions were from other members, whose English I could comprehend and was prompt in answering them, but when the Englishman asked me a question I replied in halting English, because his diction was difficult to understand. He whispered something to the member sitting beside him, who spoke in Punjabi, ‘Commander saheb says though you answered his questions correctly, he has some difficulty in following your English.’ I don’t know how I mustered the courage to blurt out, ‘Sir, Commander saheb is speaking in King’s English, but I am replying in Queen’s English, as now Elizabeth has been crowned the Queen of England.’ At this, there was pin-drop silence for a few moments, and then they all began laughing. Before I could realise the gravity of my reply and sure failure at the interview, Mr Jeffery confirmed my selection.

He was the principal of the Naval Dockyard Apprentice School, where theory classes were held. Whenever I saw him, his first query was about whether I could now follow his English. My response was a blushing nod.

When I topped my batch in the final year, Commander Jeffery called me to his office, and after congratulating me, said his decision for my selection at the interview stood vindicated. I was elated.

After completing the course, I cleared the qualifying examination held by the Mercantile Marine Department under the Ministry of Transport, and joined merchant navy. In due course, I rose to the top rank of chief engineer of a ship. In 1969, during my ship’s call at Liverpool (UK), I went ashore for sight-seeing. I chanced upon an elderly Englishman staring at me from a distance. When I went closer, I recognised him as Commander Jeffery. Before I could pay my respects, he saluted me and shook my hand, addressing me as ‘Captain Singh’, when he noticed four stripes on my jacket sleeves.

We both exchanged pleasantries and even had a cup of tea or cuppa, as the British call it. In a parting shot, he asked me with a glint in his eyes whether our conversation was in King’s English or Queen’s English! Amused, I left just short of saying, ‘Sir, mine is now in Singh’s English!’