Small joys were enough once 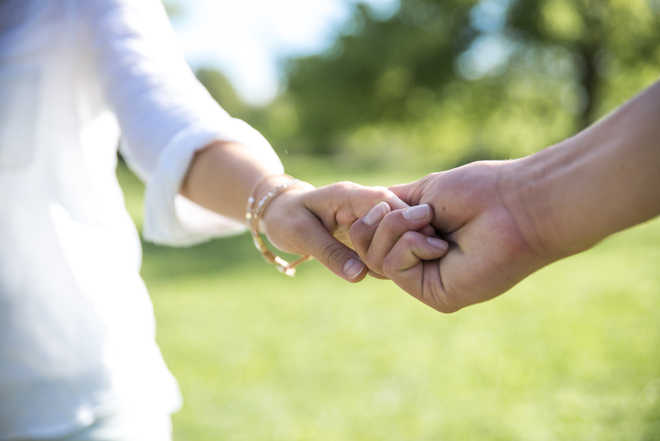 On a cold winter, off-duty afternoon, I thought of taking some soup for my parents. As I found myself in the drawing room, sipping the soup with my grandmother, we started talking of everything, from work to my husband, his family, the neighbours, landlords, and finally, old memories.

When we spoke of old times, I asked her what she missed the most and she said companionship. Even though my grandfather was a man of few words, she missed his presence. I smiled, remembering the times we would see them together, where she would talk non-stop, only to receive a musical response. And she would be satisfied.

I guess that’s an important form of love — companionship. She spoke of the times when he would accompany them for shopping and sit on a chair silently, and nod if he was asked. But it’s the company that mattered, added Dadi. Life was simple and full of pleasure, she concluded. All meals were together, afternoon naps were at the same time, evenings included listening to kirtan, with an added glass of brandy in the winters and weekends with lunches and grocery shoppings. On rare occasions when they fought, they went to their rooms and worked out their problems privately without undue drama and afterwards seemed like nothing ever happened.

His lack of words irritated her at times, but she longed for them now. So she sat reading from his Gutka (collection of banis or hymns that form the core of a complete Sikh daily prayer) and have brandy alone now to relive those times. Sometimes, she can’t measure it properly and ends up having two teaspoons extra, but that’s what life is about, she said. Sometimes it is the ups, and most times it can be downs, but it takes your true significant other to balance the see-saw of life.

While going back home, I smiled and thought how simple life was back then. Investment of emotions was such a one-time, one-street thing. People didn’t derive or distract themselves from too many things. It was a forever kind of love. Yes, not fancy like our romantic taradiddle, but real and very solid.

I think it is love like that which gives strength on difficult days. It is not the great gestures that count, but maybe the small, nameless moments you spend smiling that will matter the most to you.

After all, love isn’t all about finding a good partner, it is also about being one.