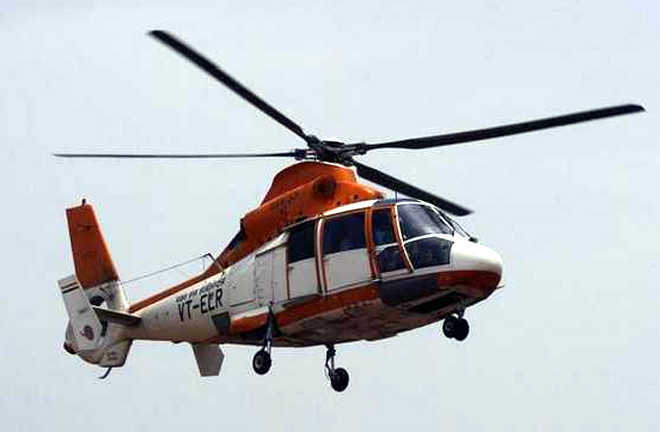 THE announcement of elections in Punjab has brought back memories of my first elections as a helicopter pilot in 2009. I had taken premature release from the Navy and was looking forward to civil flying with trepidation. My helicopter was hired by the then ruling party and positioned in Nagpur for flying in the Vidarbha region.

It was an exciting routine with bright and sunny weather. We would take off around 9 am and participate in six-seven rallies, returning back in time for the VIP star campaigner to hop on to his chartered plane and head back to Delhi or Mumbai for the night.

That day I was flying from Nagpur to Yevatmal district with a full load of VIPs and fuel. Some 50 miles out and over Pulgaon, an engine of the twin-engine helicopter failed and the chopper returned to Nagpur carrying out a safe landing. All pilots are adequately trained for such an emergency. In fact, I considered ‘engine off’ landing to be the most mechanical manoeuvre for a pilot. The passengers had been briefed about the emergency.

After landing, I regretted the inconvenience but also explained the gravity of the situation to the VIP. He thanked me for the safe landing while I escorted him to the airport lounge for his staff to make alternative travel arrangements. My radio call to the Air Traffic Control tower had triggered a panic and there was a battery of reporters waiting outside. The YSR helicopter crash that had occurred just weeks ago was still fresh in public memory. Seeing mediapersons there, our VIP changed tack like an accomplished helmsman and bade me an abrupt goodbye.

On returning to my hotel outside the airport, I ordered a chilled beer and switched on the TV. I was aghast to hear what the VIP was saying to the media. ‘After flying for some time, I noticed an unusual noise in the helicopter. I asked the pilot to investigate and he reported that one engine was not working properly. So, I ordered the pilot to return immediately to Nagpur and carry out a landing.’

Meanwhile a keen reporter asked, ‘Sir, will you travel again in the helicopter?’ Our man replied with the confidence of a decorated General speaking from the battlelines: ‘Definitely I will... in election time, we have to reach out to maximum people carrying forward our party’s agenda. Even if I lose my life in this, it is a small sacrifice in service of the people.’

Imagine this being lapped up by the media and the public. Both of us pilots cooled our heels in the hotel with the company’s pat on the back for a job well done. I have preserved the newspapers of that day in September 2009 and often read them for a hearty laugh!