The case of Brahmaputra boatmen 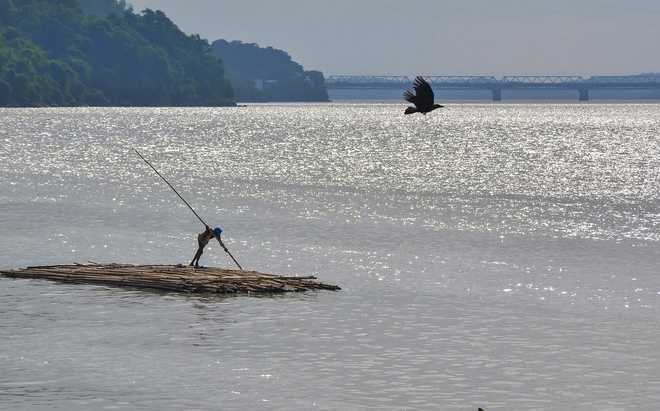 Once upon a time, there lived a little girl in a tranquil land in the Northeast of India. This land was sometimes referred to as ‘Lahe Lahe’ (slow in Assamese) land because of the laidback attitude of the gentle and accommodating nature of the natives. The land was made beautiful by pokhris (ponds), thick forests of emerald green and creepers, waterfalls that fell like shining galaxies of stars, and rivulets flowing majestically. The girl lived with her family in a house that floated in the Brahmaputra, near Dhubri in Goalpara district, and was the office-cum-residence of the resident manager of the River Steam Navigation Company — an English steamer company plying cargo ships.

She spent much of her time sitting on the deck of the ship watching the vast stretch of the calmly flowing river. In the placid waters, she would watch driftwood dancing with the waves, floating bamboo platforms rowed like boats. She sometimes got to see the large cow-like animal known as goru (cow) maash (fish) coming up the surface of the water to take a deep breath before vanishing back into the deep. The much-liked and awaited event for her was the haat, the makeshift market near her house.

At the break of dawn every day, the vast expanse of the river would get dotted with rickety boats coming from the opposite bank. These were rowed towards the shore by thin, dark-skinned men who wore worn-out vests and lungis pulled up to their knees. They would bring their boats up to the bank and quickly unload the cane baskets carrying chicken, fish and fresh leafy vegetables. They displayed their wares on the sand and sold those hurriedly to rush back to their boats before sunset.

For the girl’s family it was the Bihari cook, Sumer, who made the purchases. He would take Naeem, the driver, along. Naeem was a Bengali Muslim and bargained with the sellers in Bengali. The two of them made a pleasant sight, with Sumer carrying the baskets and Naeem balancing the pole on his shoulders with fish and bananas hung on both ends.

Today, after almost six decades, the little girl, now settled in a small village near Tarn Taran, relives her most cherished memories of having lived in a wonderful land, where the serene beauty of the flora and fauna of Assam was enhanced by the multireligious and multilinguistic society. She wonders how many descendents of Naeem, or the poor skinny vendors who crossed the Brahmaputra to sell in the haat to earn a living will be lodged in India’s biggest detention centre built at Matia in Goalpara to house 3,000 inmates. She also wonders if those boatmen had any other religion besides poverty. She doubts if they prayed to any other God besides the mighty waters of the Brahmaputra, whose benevolence they sought to cross to the other side to keep their kitchen fire burning.