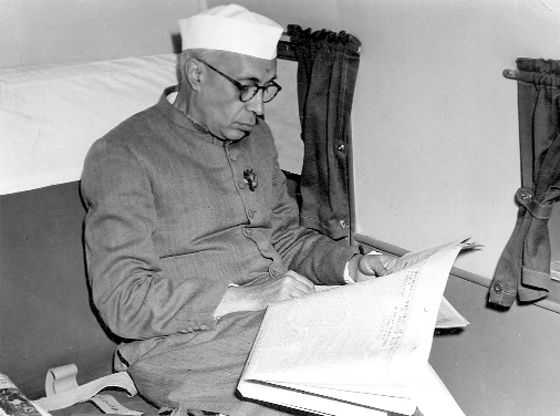 So vividly I remember the afternoon of May 27, 1964. I was playing with imaginary friends at the back of our home. There was a short wall that separated the office of Lalaji from the rest of the chunk of land having the chowkidar’s house, an old mausoleum and Lalaji’s iron rerolling mill. I saw a few men walking into Lalaji’s office, all clad in white kurta-pyjama and with a sombre expression. Immediately, Lalaji came out along with them and called the chowkidar to lock his office and the rest of the place. He shouted to other workers to shut everything because Nehruji was no more.

I ran in to tell the others at home. But everyone knew by then. My grandfather was not sitting in his armchair, but stood close to the radio. He sat down only when instrumental music started playing after the repeat broadcast of the news. I rushed to the rooftop to have a look around. Everything had closed down. People were standing in front of the shops in groups, staring at the ground in sorrow.

Every year, I am reminded of the scene and the tallness of the leader on whose death everyone, without exception, grieved. The shutdown was spontaneous, as if the entire nation was enveloped by the tragedy. Death was announced at 2 pm by the steel minister, Subramaniam, in Parliament. His words, ‘The light is out’, reminded everyone of the words used by Nehru at the time of the assassination of Mahatma Gandhi.

The NYT reported, ‘As news of Mr Nehru’s death spread, several thousand people gathered at the gates of his residence. Men, women and children stood in mile-long queues in the hot sun, through the late evening and then a drizzle to see their dead leader, whom they had affectionately called Chacha Nehru.’

In his will, released to the public on June 3, 1964, Nehru had requested his ashes be scattered across India: ‘I am proud of that great inheritance that has been and is ours, and I am conscious that I too, like all of us, am a link in that unbroken chain which goes back to the dawn of history in the immemorial past of India. That chain I would not break, for I treasure it and seek inspiration from it. And as witness of this desire of mine and as my last homage to India’s cultural inheritance, I am making this request that a handful of my ashes be thrown into the Ganga at Allahabad to be carried to the great ocean that washes India’s shore. The major portion of my ashes should, however, be disposed of otherwise. I want these to be carried high up into the air in an aeroplane and scattered from that height over the fields where the peasants of India toil, so that they might mingle with the dust and soil of India and become an indistinguishable part of India.’