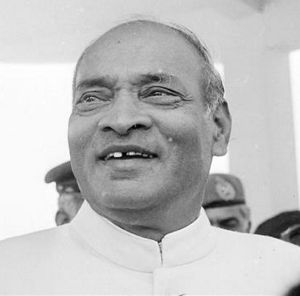 Located on the shores of the Caspian Sea, Ramsar in Iran used to be a popular tourist resort during the Shah regime. Later, as it usually happens, in the aftermath of the revolution in 1979, it saw some bad days due to neglect and its previous association with the Shah. Nevertheless, one reason for its lasting international recognition has been the signing of the environmentally significant Ramsar Convention on wetlands. Some of our own wetlands are within the ambit of this convention and have been saved from commercial exploitation.

After the Ayodhya events of December 1992, our then PM Narasimha Rao had undertaken a series of visits to some Islamic countries. The official visit to Iran in 1993 was one such. Being the first visit of an Indian PM after the 1979 revolution, it was planned meticulously and was a grand success. The PM had apparently been to Ramsar on an earlier occasion, and even though it was not on the official itinerary, the last day he insisted for a visit. After some initial hesitation, the hosts yielded to our request.

The condition of the road from Tehran was not very good, besides the journey was undertaken in a downpour. By the time the motorcade reached Ramsar, it had become quite dark, which led to a confusion regarding the alighting point of the PM. The place of halt being at a raised level, the vehicles had to go ahead, take a U-turn and then come back towards the main alighting point. There was, at a lower level, another alighting point from where the main porch was a climb of about 25-30 steps.

As the programme had been conceived at the last minute, there could be no prior rehearsal, leading to the motorcade to stop at the lower alighting point, instead of the main porch. There was no one to receive the PM at this spot, but as the pilot had stopped, the PSO also came out and held the door for the PM. As was well known, the PM had been under very close medical care after his surgery and climbing stairs was out of the question. But lo and behold, before the reception party stationed at the main alighting point and the security personnel could react, he started to climb the steps.

It was a serious blunder committed by the security and protocol, but the PM remained unruffled, and climbed the steps smilingly and with grace. He had been exposed to an extreme state of medical hazard, but he continued with the proceedings without any outward signs of stress. Principal Secretary AN Verma and Secretary, Security, K Saranayan were livid, but could not fully express themselves in front of the Iranians, though their expression of anger on their faces was quite visible. The entourage kept their fingers crossed, praying for the PM’s well-being, and later heaved a sigh of relief as he came out of this ordeal hale and hearty. He had passed this impromptu medical test with flying colours.