The essence of a woman 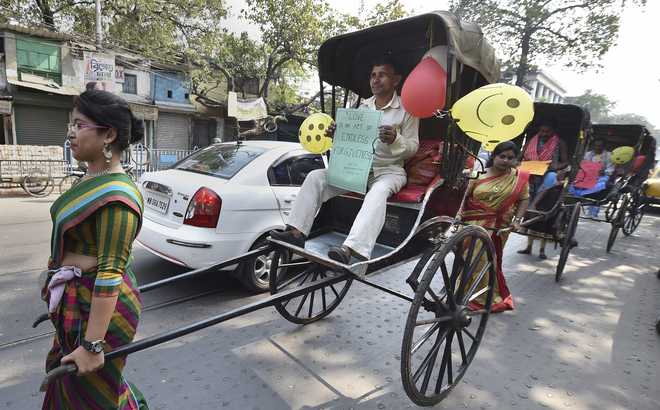 Noted writer Khwaja Ahmad Abbas, in one of his stories, describes the protagonist as a man travelling in a train. This man, while looking out of the window, glances at a woman breaking stones, squatting on the track, and at the same time, feeding her child. She had a certain glow on her face, besides a contentment of sorts. She, the man thinks, was the most beautiful woman he ever saw.

Emotions have an influence on how the subject in sight is perceived. And this perspective is subjective, of course, be it of a Tirath Singh Rawat or a Yogi Adityanath. In 2013, Farooq Abdullah had courted controversy by saying it wasn't safe for him to say anything about women lest he end up in jail. Mulayam Singh Yadav had once blurted on increasing crime against women for which he was castigated. Why this insensitivity towards the fair sex and casualness in appreciating their existence as equal partners of men?

Shashi Kapoor’s redemption in a Raj Kapoor magnum opus lies in his appreciating the scalded face of Zeenat Amaan and in not getting repulsed. That universal truth is described as ‘Satyam Shivam Sundaram’, beauty recognised through truth and godliness. ‘Mere paas maa hai’ is another all-time near-proverbial message, respecting the richness of motherhood, coming again from Shashi Kapoor. There was a scene in the Aamir Khan-starrer Three Idiots when the three buddies, warning themselves to be careful, say, ‘Array, nahin, maa hai!’

Women pulling rickshaws or carts to earn a living are seen every day in the ordinary business of life. But if a woman legislator pulls the tractor of her leader in a symbolic protest, brouhaha is raised over the issue. When Nargis, in Mother India, ploughs her fields with a bullock, the ailing psyche of Lala Sukhi Rams of the system is not hurt at all.

Lady Godiva, in the 13th century, went on horseback, covering herself with only her locks of hair, in the streets of Coventry, to symbolically protest against her husband Leofric, the Earl of Mercia, not relenting to remit the oppressive taxation.

Those who see beauty and goodness only through prescribed norms, and not from a human perspective, are the bigots of the system. Sublimity of thought doesn't lie the lowest with them. They talk of motherhood smothered by wearing withered or ripped jeans. Go, tell them the story of Pero, who secretly breastfed her incarcerated father Cimon, who was sentenced to starve to death in the gaol. Pseudo-moralists cannot be stopped from passing value judgements ever.