The king of hills leaves a void 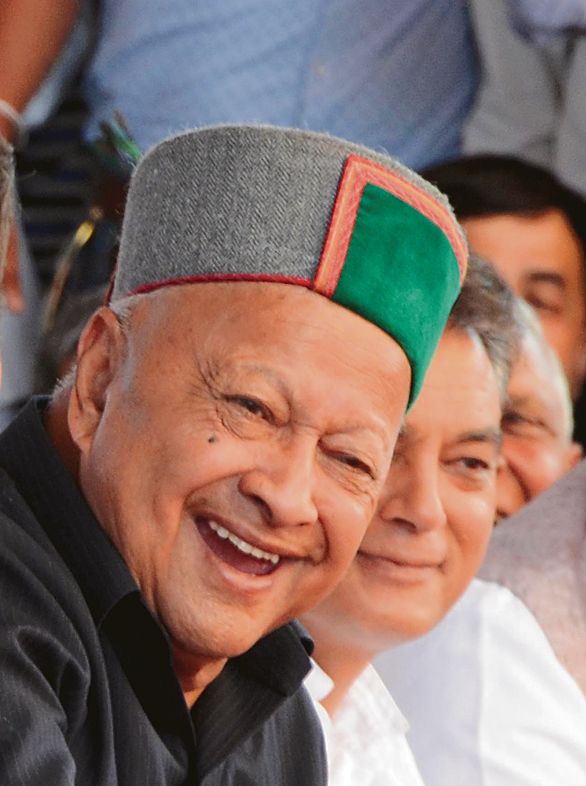 Popularly known as Raja Saheb among his supporters and followers, Virbhadra Singh lost his battle against the coronavirus. In a political career that spanned half a century, starting with his election to the third Lok Sabha in 1962, Virbhadra was elected an MLA for nine terms and an MP for five terms.

My association with him dates back to 1980 when I was a struggling journalist, who had dared to move out of a remote village in Sirmaur district to work in Shimla. It all began with a chance meeting with Virbhadra at his MP’s residence on Mathura Road in Delhi following the refusal of officials at Himachal Bhavan to provide me with an accommodation because I was not an accredited correspondent. As I would discover in the years that followed, Virbhadra had come to be a father figure to me.

Over the years, I had the opportunity to listen to many fascinating stories of his foot travel to tribal areas and his association with Atal Bihari Vajpayee when he led a UN delegation. He would tell me Vajpayee was leading the delegation only because the then PM Indira Gandhi could rise above party politics.

In 1983, Indira asked Virbhadra to take charge of Himachal following the resignation of incumbent CM Thakur Ram Lal, who had got embroiled in a forest scam. Recalling his encounter with Indira, Virbhadra said she had chided him when asked about the constitution of the ministry. She told him it was his business to figure out whom to make a minister and with what portfolio.

Even though he came from an affluent background, modesty and courtesy remained his hallmark. His popularity meant the Congress high command could rarely treat him as a pushover. And when they did, it backfired. In 1992, the then PM, PV Narasimha Rao, wanted to anoint Sukh Ram as CM but Virbhadra forced them to backtrack. An identical episode unfolded in 2002, when the party had to bow to his wishes again.

He almost quit the Congress in 2012. He felt humiliated at a Cabinet swearing-in ceremony when Anand Sharma was administered the oath ahead of him. He had decided to go with Sharad Pawar’s NCP, but thanks to a last-minute intervention by Sonia Gandhi, he stayed with the Congress.

It was during his tenure that a new dimension was added to our relationship. At 6 am on June 21, 2013, I received a surprise phone call from Virbhadra. ‘Sirmauri Bhai, aap ko maine Public Service Commission ka chairman niyukt karne ka faisla kar liya hai,’ he said.

I couldn’t believe it. I was well-placed professionally but I knew it was time to move on. His passing marks the end of an era in the politics of Himachal Pradesh. But to me, it leaves a void that I doubt would ever be filled.