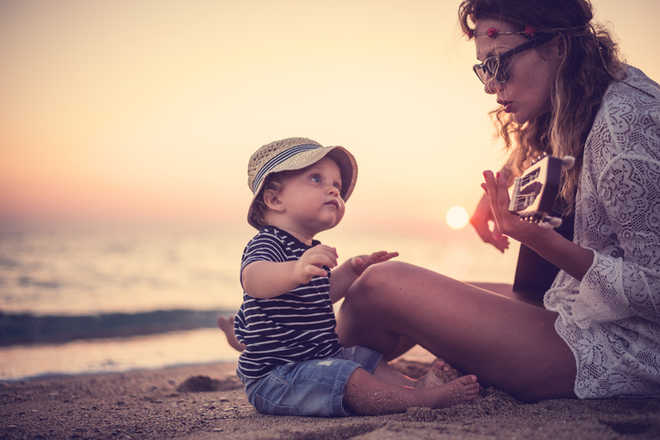 Ivehemently deny being a helicopter mother. I have neither hovered over my children, nor followed them like a shadow. I am not a control freak. I have given enough freedom to my children to charter their own course, at least this is what I perceive myself to be. I may not be a mother rooted in paranoia, but to say that I have not been anxious about my children will be a gross lie. It is natural for a mother to feel concerned about the well-being of her children and to keep tabs on their whereabouts, friends and activities.

As long as my children were young, they did not mind my parental care, protection and instruction, but the equation started changing as they entered adolescence. They started resenting being monitored and hated to give me updates. Any counsel was unsolicited advice, an infringement of their space. Though my children remained well-behaved, there were times when I had to face sullen, even deceitful teens.

I recall an incident dating back to the time when call rates were high and even the SMS was chargeable. While glancing over the mobile bill of my son, an engineering student, I got alarmed finding most messages directed to a particular number. Instinctively, I dialled the number. On the other side was Sid, my son’s best friend. Confused, I disconnected the call. Within a minute, my son called back complaining, “Mamma, why did you call Sid? You are spying on me.”

And that confirmed my doubt. Actually, it was not Sid’s number but that of a lovely girl who later became my daughter-in-law. Let me now share what was going on behind the scenes. They were both hanging out with their friends. The moment our landline number flashed on her mobile, she handed the phone to their common friend. In this one-upmanship, sometimes I won, sometimes I lost.

Parents of all generations keep an eye on their offspring. We resented being monitored, but now that we are parents, we tend to do the same, rather more invasively. Equipped with technology, we are in a position to keep constant tabs which they hate. I remember my college-going son had stored my number as ‘Hai Ram’. How fed up he must have been with my frequent calls!

Now, both my sons are happily married, staying in different cities, the elder one in another country. But at times, I find myself asking silly questions such as whether they have taken their meals, what they have eaten. Sitting thousands of miles away, my husband and I insist that they post their tour itinerary every time they go out.

Well, I insist I am not a paranoid mother, but it is also true that I can’t get over the instinct of feeling concerned about the well-being of my children even though they are grown-ups, leading independent lives. The fact is, no matter the age, a child remains a child in the eyes of the parent.