The way around essay writing 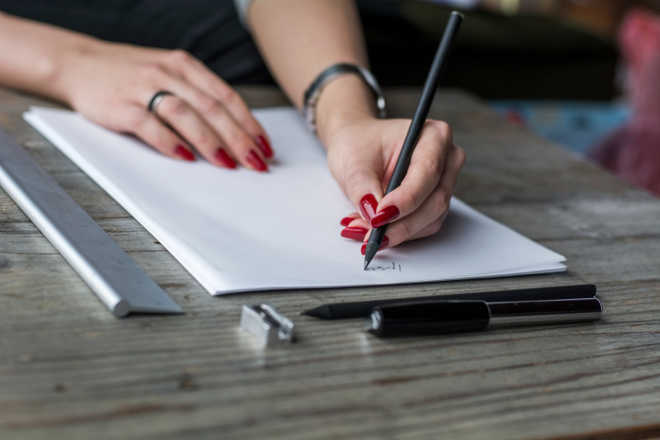 A few days ago, a seven-year-old student in the US wrote an adorable letter to a clothing company, expressing her disapproval of girls' jeans with fake pockets. 'I want front pockets because I want to put my hands in them. I would also like to put things in them.' The company immediately accepted her suggestion and even sent her a few pairs of jeans and shorts with pockets. She wrote the letter as part of her school assignment for writing persuasive letters. The assignment was very thoughtful and the exercise would stand the pupils in good stead in the years to come.

The incident reminded me of our English education in school. We were introduced to the language at a fairly senior level. The final matriculation examination paper set the tone for the immediately lower classes. One of the high-mark exercises was writing a letter or an essay.

Once in a while, a student, with the help of elders at home, prepared a document which was then copied by his close friends. However, more often than not, the supply came from help books. It is not clear who wrote these books. A letter to a class fellow on the death of his mother did not say anything personal or heartfelt, but taught the whole message of the Gita to the poor grieving boy.

The essay on Diwali did not talk of the joy of lighting lamps, the excitement and spirit of competition associated with fireworks, or the solemnity at home. Rather, the help book educated the pupils on the significance of the five-day celebration, starting with Dhanteras and ending on Bhai Dooj.

High school examination was conducted by Panjab University that covered a vast territory comprising different geographies, ecologies and cultures. When the paper demanded an essay on a train journey, students in distant parts of Himachal Pradesh were at a loss; they had never seen a train, leave aside travel by it. A favourite of the paper-setters was a house on fire, as if schoolboys routinely set houses on fire and took notes.

The main aim was not to learn English, but pass the examination. There were some popular essays likely to be in the shortlist of the paper-setter. Very often a student chose to put all his eggs in one basket. He would memorise just one essay and hope that it would 'come' in the question paper.

Humour arose out of a sense of nervousness. A student had prepared an essay on a cricket match for the final exam. But the paper demanded a train journey. The resourceful boy wrote: We all sat in the train. The train was delayed. We therefore came on to the platform and started playing cricket.

In another instance, the examinee had put his bets on 'My favourite leader', but the examiner opted for 'My best friend'. Gallantly, the boy rose to the occasion. He began: Jawaharlal Nehru is my best friend. (Postscript: The boy should not be punished, because this happened 60 years ago).