The young and the old : The Tribune India

The young and the old 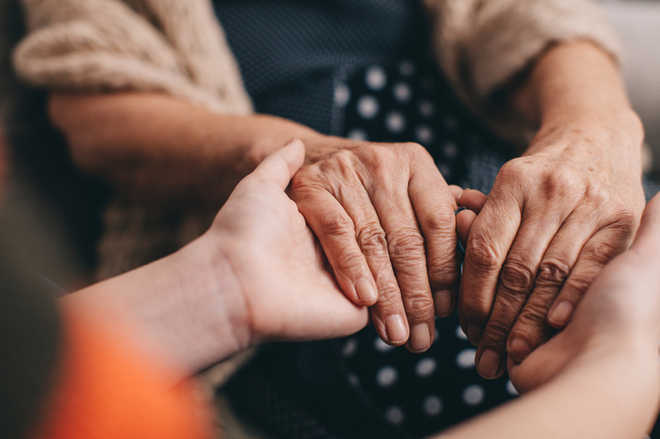 IT took me less than half an hour and a walk of less than half a kilometre to glimpse life at its start, its middle and close to its inevitable end. In its happiness, it expressed a heart-rending sadness and in a moment, sorrow lifted it to its most sublime. In each vignette, one could not understand a word of what was being said, but the expressions and movements were amply expressive.

With winter here in the hills and the cold singing around my balding pate, I rarely go out in the evenings. This was one day that I did. Not far from the house, I was just behind someone who was obviously a Nepalese porter with several huge packets from Amazon on his back. This was not an uncommon sight. Almost everything in the hills has been built and carried on a human back.

What was unusual was that his two- or three-year-old boy was walking along with him. Seemingly oblivious of the load, both were laughing away and chatting. They only stopped for a moment when the father shifted his burden and stopped to buy an ice-cream for the little boy who went into raptures and offered him the first lick.

They moved on only to be replaced by a few Buddhist lamas in their robes. With them was their tiny charge, again about two or three years old, and by the respect being given to him, the boy seemed to have been the incarnate abbot of one of the trans-Himalayan monasteries. He too wanted an ice-cream, but his grown-up attendants were reluctant to get one for him on this cold winter evening. They made coughing sounds and held their throats to fortify their arguments. But the little holiness got his way with vanilla ice-cream in a cone.

These moments took me back to a photograph from the 1950s or 1960s that I’ve never forgotten. It was taken from a little distance and showed the back of an old man bent over with the weight of his kilta. In that conical basket, he would have had supplies of food, a blanket of sheepskin, dry grass for kindling and firewood. He held the hand of a boy who must have been a grandson, whom he was taking to a fair. As they walked, both were looking at each other with expressions of complete adoration.