Tough lessons from a tough coach 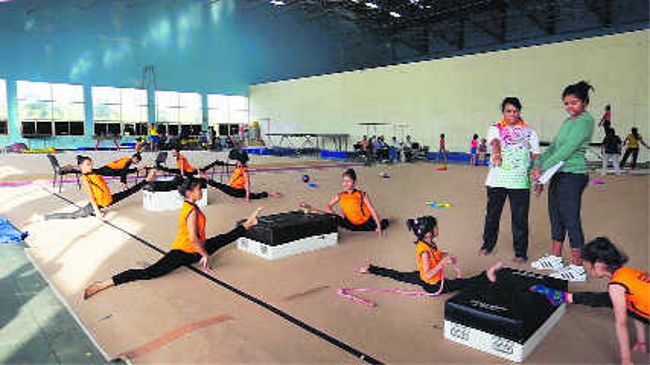 IT was his day of retirement and his eyes were a little moist. Our PT teacher was bidding adieu to the school where his tireless efforts had engendered immaculate discipline. But we, the devils of Class X, who were usually party to the ruckus, were secretly celebrating.

We had often been caught on the wrong foot and our history of run-ins with him was not flattering. Little did our sophomoric minds realise that in the years to come, we would be missing our dreaded teacher the most.

Paul sir, as we called him, was strict and when it came to retributive action, he had the wild card. Ours was a school for girls. Hence, his options of punishing us were heavily restricted. Nevertheless, his aura and air of authority did the needful. Besides the occasional contretemps with him, we had never heard him raise his voice. He would hardly smile and the only time we would know that he was very angry would be, when he’d say, ‘Why have all the Shimla monkeys come to this school?’

Whenever we were found wanting, we had to do several rounds of the field, which depended on the severity of our misdemeanour. Any laxity on our part, another two rounds would be added to our quota. I feared him more than my mathematics teacher, in whose subject I was totally at sea.

Escaping the alert eyes of Paul sir was difficult. It was not surprising that our schools did pretty well back then, even without the modern-day CCTV cameras. Any mischief, and sir would materialise from thin air. He was omnipotent, omnipresent, and I guess, omniscient too. His eyes would scan all the late-comers and unkempt dressers. While they would be handed out their corrective measures, the rest of us would dash to our classrooms.

Several subjects were being taught in our school curriculum, but the actual schooling came in the games period. Straining our sinews to catch a ball, jumping, dodging, skipping, rolling ourselves into a somersault, and balancing on a beam, were all seemingly small efforts, but they were giving us life’s biggest lessons. We were imbibing the spirit of competing and building a nerve to make that winning shot. We gained not only physical strength, but also mental strength to face the ups and downs of the outside world.

I remember losing heart when I lost narrowly in a table tennis match. Paul sir showed no sympathy, and once again put me through the grind of practice. It all seemed very rough and loathsome, but years later, I thanked him for teaching me how not to waste time in self-pity, and to get up and start all over again.