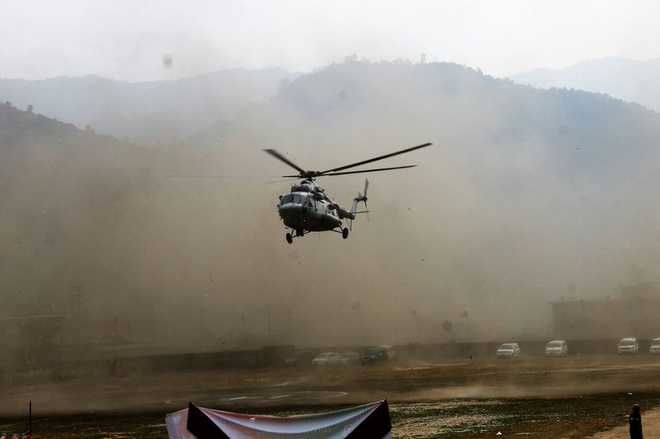 Way back in 1980, when posted as a commander of a CRPF company at Leimakhong in Imphal, I often met Army officials in the nearby Brigade Headquarters to exchange notes on intelligence inputs. A Staff Captain would occasionally drop in at my place in the Power House complex.

On a certain day when I was heading to the Brigade Headquarters to meet him, I received a message from a CRPF Deputy Inspector General in Imphal that personnel of a battalion deployed on the outskirts of Imphal had been attacked by insurgents of the outlawed People’s Liberation Army and three of them were in a serious condition.

Evacuating them to the District Hospital or the Regional Medical College (renamed the Regional Institute of Medical Science) would be dangerous as the insurgents could attack the CRPF personnel deputed to guard the injured personnel. Exchange of fire in the hospital was best avoided to avert civilian casualties. The only option was to evacuate the injured to the Military Hospital at Zakhama, near Kohima.

I was ordered to liaise with the Brigade Headquarters and arrange the evacuation by an Army helicopter. Even as I was heading towards the HQ, a helicopter was approaching the Army helipad and had landed before I could reach there. Driving at break-neck speed, my Jonga driver was able to reach the helipad just in time.

To my good fortune, the Captain was waving at the pilots when I approached him and asked him to stop the helicopter from taking off as some persons had to be evacuated. He signalled the pilots to stop. As the rotors slowed, both of us neared the helicopter and apprised the pilots of the need to evacuate the injured CRPF personnel. They readily agreed and asked me to get the injured men shifted to the Assam Rifles helipad in the heart of Imphal. The helicopter was soon heading towards the Assam Rifles helipad while the CRPF vehicles carrying the injured rushed to the helipad.

In about half an hour of my getting the message, the injured had been airlifted from Imphal and shifted to the Military Hospital, where the injured were treated and discharged later. For my role in arranging the helicopters within minutes, I was extolled by my senior officers and colleagues. It was just by a quirk of fate that the helicopter happened to land at Leimakhong and I could get it diverted to Imphal.

I can’t take credit for what happened, though bouquets came my way.