When hearts soared with kites 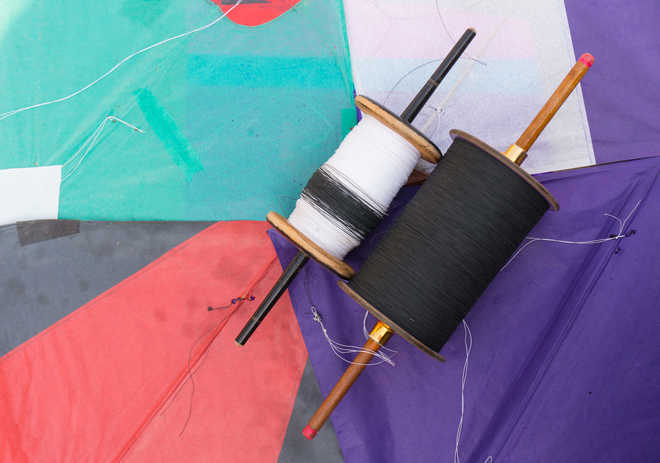 What’S there in kite-flying? I once asked my boyhood friend RK, who was very fond of kites. ‘Come and fly it once, you will yourself understand what an exhilarating experience it is to hold the thread of a flying kite,’ was his answer.

He made his own kites of different sizes and colours. It was RK who taught me how to fly a kite. I remember the first time I held the thread of a high-flying kite. I felt as if some sweet current from the sky passed into my being. It gives an indescribable joy to look at your kite as it rises higher and higher in the heavens, wiggling its tail aggressively like a hissing cobra. It is no longer an inanimate object. A throbbing living being it transforms itself into.

My love affair with kites started reflecting in my school progress report. Sometimes, I went to the extent of bunking classes to go home to fly kites. My father found out what was wrong and caught me ‘thread-handed’ one afternoon. He slapped me hard and snapped the thread, allowing the kite to float away.

While RK liked flying kites along with other boys, I used to fly mine sitting peacefully on top of our second floor water tank. The kite, after attaining a certain altitude, would stabilise in the sky without much trepidation.

At such times, I used to set my kite in auto-pilot mode by anchoring its thread with a brick to give my hand a little rest. Whenever I did so, my kite would graze in the blue sky like a docile cow. I was not interested in competition with other kites. The deal among the kite-fliers means this: Your kite meets another kite in the sky and fights tooth and ‘tail’. It is not only the strength of the thread that decides the duel. The skill of the flyer on the ground contributes a lot to the outcome of mid-air kite wrestling.

In the event of your opponent succeeding in cutting your thread and setting your kite loose, you should somehow recover it. Retrieval of your fallen kite is a matter of adolescent honour. The winner and the loser both would go after the dwindling kite and there would break out dog-fights on the ground.

RK used to show me boastfully scars of injuries he had sustained during such battles. It also sometimes happened that the owner had to pay ransom to the ‘abductor’ for the release of his kite.

Nowadays, one can barely spot a kite in the city’s sky. Children these days are hardly conscious of the vibrant sky above their head and the fragrant earth beneath their feet. There is nothing like the kite which ties heaven and earth together through the sweet knot which is the heart of its flier.