1 cr workers register on job portal; most from Bihar, Punjab

Punjab is among the top 10 states in the country leading the pace of registrations by migrant workers on the government portal which seeks to link unorganised labour with a range of benefits, including jobs.

The eShram portal today crossed one crore registrations with over half the registrations coming from workers of the agriculture sector, followed by 17.2 per cent of the construction sector.

The registration would facilitate delivery and accessibility to crucial welfare programmes and various entitlements meant for the workers in the unorganised sector.

As per the Economic Survey 2019-20, there are an estimated 38 crore workers in the unorganised sector, which would be targeted to register on this portal. These workers will then be able to avail benefits of social security and employment-based schemes. 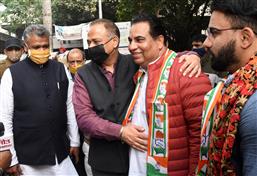