1 in 10 women in India 'ran out of food' during lockdown: Report 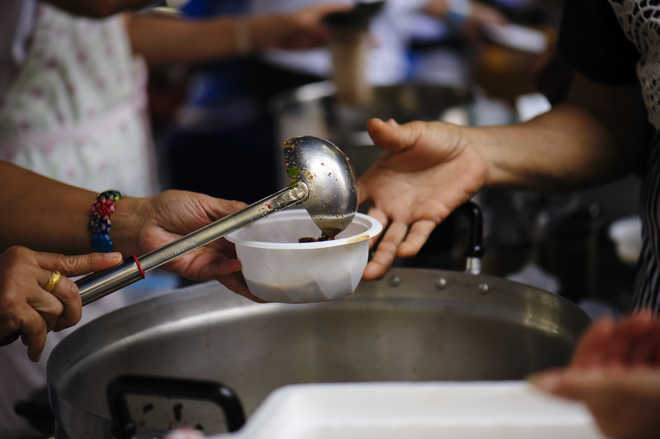 More than one in 10, or nearly 3.2 crore women in India "limited their food intake or ran out of food" during the Covid-induced lockdown

More than one in 10, or nearly 3.2 crore women in India "limited their food intake or ran out of food" during the Covid-induced lockdown last year, finds a report.

The report, titled 'Impacts of Covid-19 on women in low-income households in India' conducted by social impact advisory group Dalberg, captures the experiences and perspectives of nearly 15,000 women and 2,300 men across the 10 states of Bihar, Gujarat, Karnataka, Kerala, Madhya Pradesh, Maharashtra, Odisha, Telangana, Uttar Pradesh, and West Bengal from March 24 to May 31, 2020, and the following months from June till October 2020.

The pandemic exacerbated women's nutritional challenges, as an additional 3.2 crore reported being worried about food sufficiency in their households, the report showed.

About 16 per cent of women, who used menstrual pads before the pandemic, had no or limited access to menstrual pads, primarily because they could no longer afford these items.

While Kerala, Telangana and Uttar Pradesh did well on providing women with both pads and contraceptives, Bihar had the highest proportion of women (49 per cent) with no or low access, the report showed.

"The health repercussions on these women who, majority of in their reproductive age between aged 18-55, is going to be far more," Swetha Totapally, Partner, Dalberg Advisors, and the author of the report, told IANS.

"We should be thinking about the generational impacts - how is the issue affecting women and girls today, and how are those impacts from today going to affect them for the next 15-20 years? And how do we address that accordingly?" Meanwhile, the report showed that government schemes such as MGNREGA (1.2 crore), Jan Dhan (10 crore), and PDS (18 crore) supported women during the crisis.

About 70 per cent of women in the study depended on PDS for food and nutrition during the crisis than on any other channel.

Totapally told IANS that the need "address gender barriers in the value chain".

The question should be how do we look at what's happening to women and how do we offer practical solutions within our existing entitlement infrastructure to support them, she noted.

"It is important to tweak our government machinery so that it better supports women and girls in crisis moments," Totapally said.

The lockdown also financially affected women in India, who already constitute a minority in the paid workforce.

During April-May, the pandemic resulted in job and income losses for an estimated 4.3 crore women (57 per cent out of the 7.6 crore who were previously employed).

One out of four women (6.4 crore women) were yet to meaningfully recover their paid work as of September-October 2020.

An estimated 87 lakh women who were working before the pandemic remained out of work as of October 2020.

"The impact of the pandemic on women in India is both devastating and unsurprising. Our study offers hope. It is clear that government entitlements have proved indispensable in helping women navigate the crisis so far, our findings demonstrate how such help can be even more responsive to the needs of specific segments, and they show how support can be re-imagined for the longer term," Totapally said.