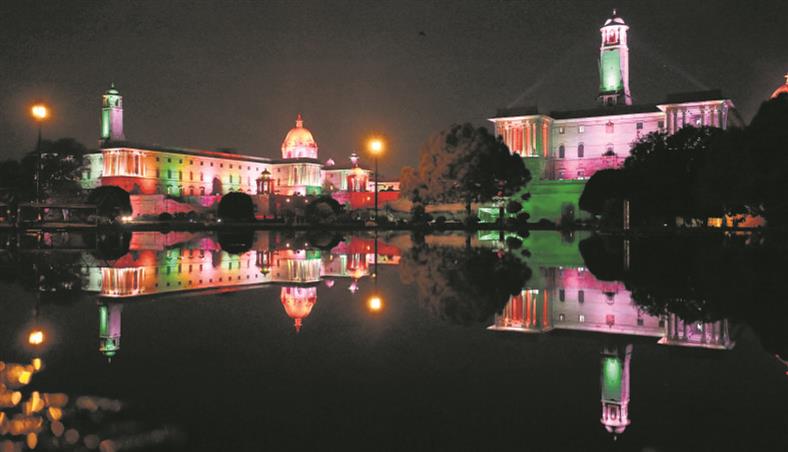 The President has also approved 19 Mention-in-Despatches to Army personnel for their contribution in different military operations, which include eight posthumous for Operation Meghdoot at Siachen and counter-terrorism Operation Rakshak in J&K.

None of the gallantry awards announced today are for the clashes with China’s People’s Liberation Army (PLA) at Galwan on June 15 or the two in May at north of Pangong Tso, a 135-km glacial melt lake. All the three clashes occurred along in Ladakh. On the other hand, the Indo-Tibetan Border Police, which is co-located with the Army along the LAC, said it had recommended gallantry awards for 21 personnel for their action during faceoffs and skirmishes with Chinese troops in May-June. “The ITBP troops not only effectively used shields to protect themselves, but also responded fiercely to PLA advancing troops and brought the situation under control,” an ITBP spokesperson said. On the list of Shaurya Chakra, the third highest peacetime gallantry award, is Lt Col KS Rawat for an operation along the Line of Control where he and his team waited in ambush for over 36 hours to strike at terrorists infiltrating from Pakistan. Havildar Alok Kumar Dubey killed a top terrorist in gunfight, while Major Anil Urs is the third Army man to be awarded Shaurya Chakra for action along the LoC.

Only 20% of VVIPs and other participants will witness PM Narendra Modi’s speech this year. Over 4,000 persons, including diplomats, officials and media personnel, have been invited for the ceremony at the Red Fort, keeping in view the Covid-19 protocol, the Defence Ministry said.

Prime Minister Narendra Modi will deliver his seventh straight I-Day speech from the ramparts of the Red Fort on Saturday — an address that comes amid the Covid-19 pandemic, a border standoff with China and a slew of reforms by the government under the Atmanirbhar Bharat initiative.

Low-key affair, No schoolkids this time

The event will be limited to presentation of the Guard of Honour to the PM, unfurling of the Tricolour, accompanied by playing of the National Anthem and firing of a 21-gun salute, besides PM’s speech. No schoolkids would be present this year. Only NCC cadets will attend the celebrations, said police officials.