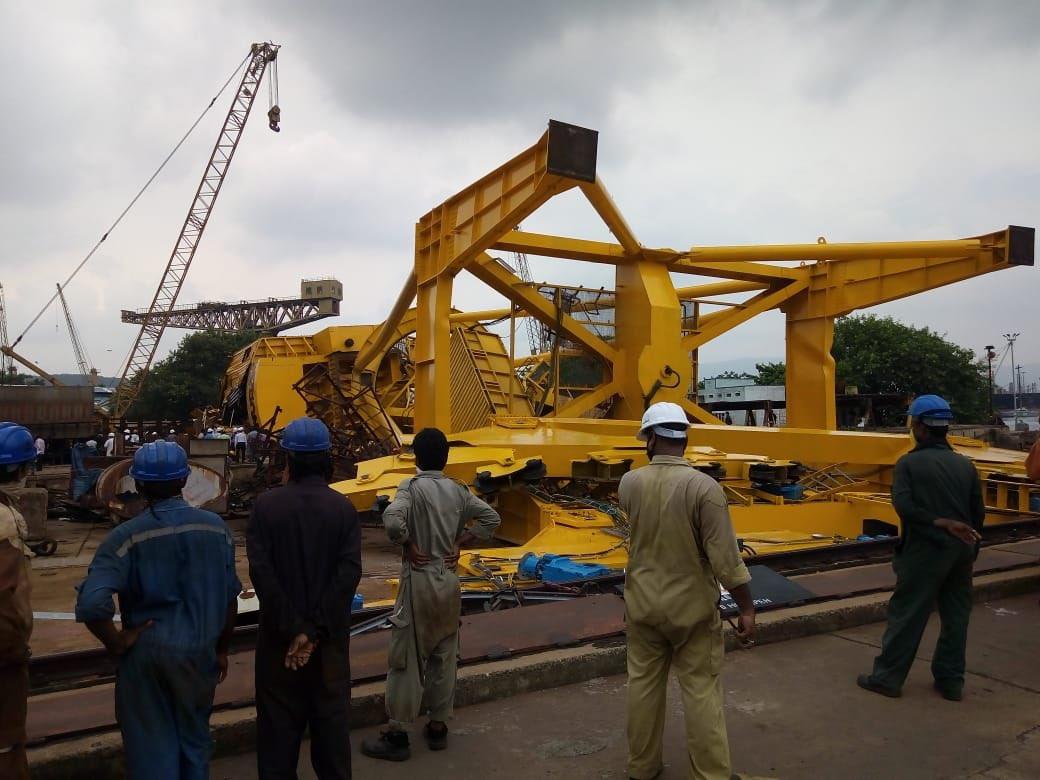 The crane collapsed during load-testing trials.

Eleven people were killed when a massive crane on a rail track collapsed during a trial run at the Hindustan Shipyard Limited (HSL) in Sindia area of Visakhapatnam on Saturday afternoon.

Four employees of HSL were among those who died on the sport.  Other casualties included labourers, according to DCP Suresh Babu. The incident took place between 11.30 am and 12 noon when the workers were trying to ascertain the capacity of the crane and make it operational. 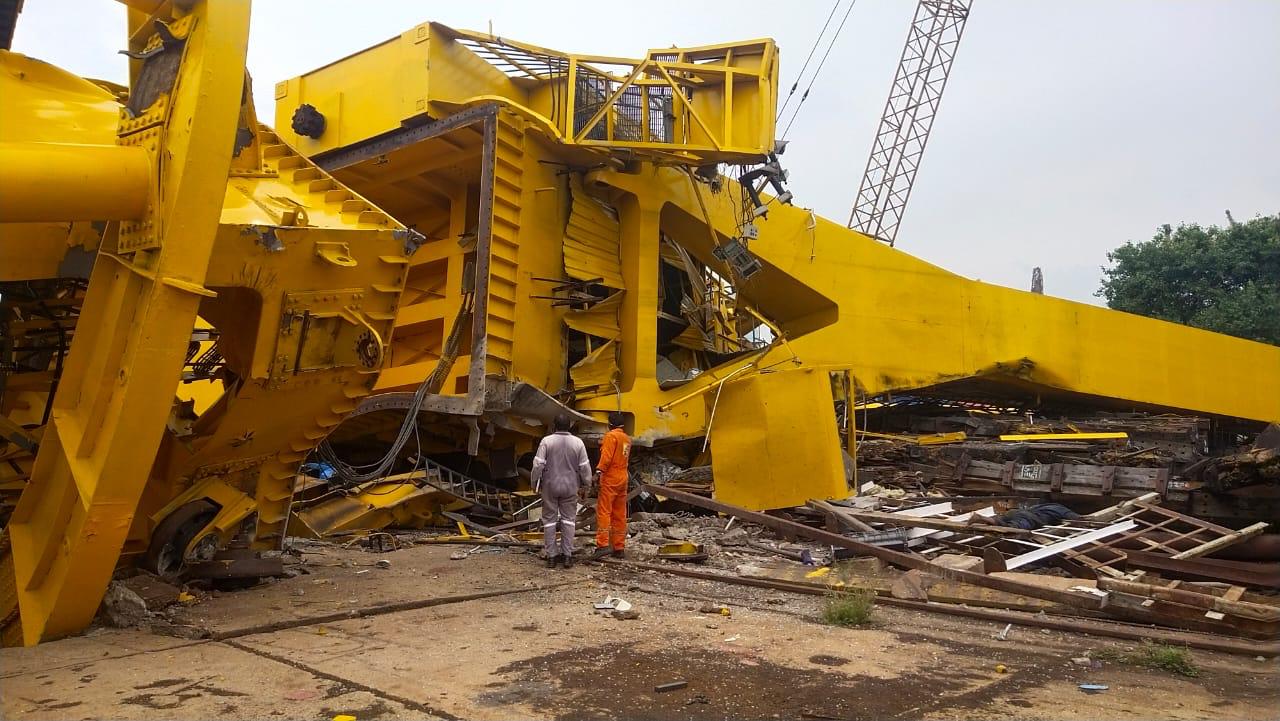 The crane was being deployed as part of the upgrading process of the shipyard involving the electrical wing employees and the local Green Field Company that was assisting in the project. Many of the contract labourers killed were employed by this company. RK Meena, Visakhapatnam’s police commissioner has rushed to the spot and is supervising rescue operations.

Local sources said that many injured have been rushed to hospitals, but so far only six bodies have been recovered. According to local police, about 20 workers were said to be working on the location when the crane crashed. Some workers managed to run for safety, some others received injuries and at least 11 workers were crushed under the weight of the crane. 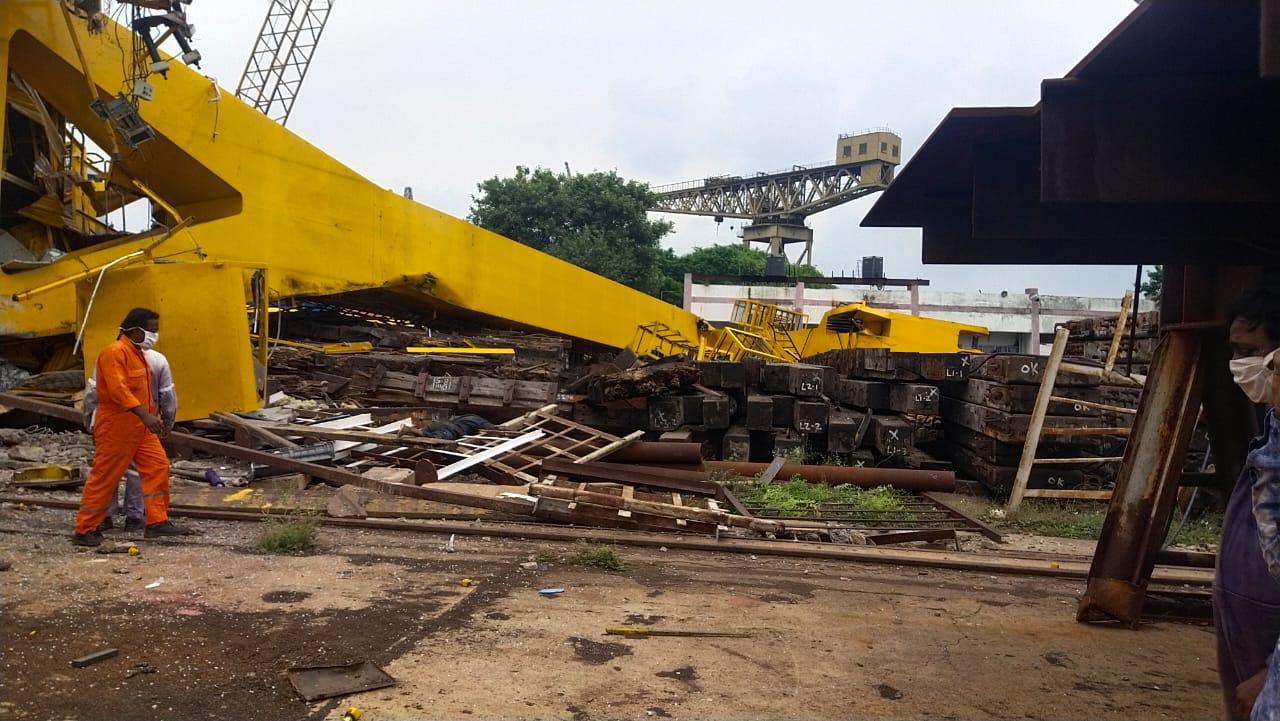 Hindustan Shipyard Limited (HSL) is a central government undertaking. It bought the crane some years ago but never used it. Its commissioning was recently outsourced to a private agency that was trying to make the machinery operational after some repairs and overhauling.

District Collector V Vinay Chand said: “The 70-tonne capacity jetty crane was procured and commissioned two years ago and its full-fledged trials were initiated this morning. During the trials, officials were testing the dead-weight capacity of the crane when its cabin portion on the top and its base portion separated and the crane collapsed”.

This is the third major mishap in the port city since May this year, when a gas leak in LG Polymers had led to 12 deaths.

#Visakhapatnam.
10 persons were crushed to death when a giant crane collapsed at Hindustan Shipyard limited at pic.twitter.com/Os4llKqejp

Four persons are said to be regular employees, while the remaining six are contract staff.

District authorities rushed to the spot and took stock of the situation. 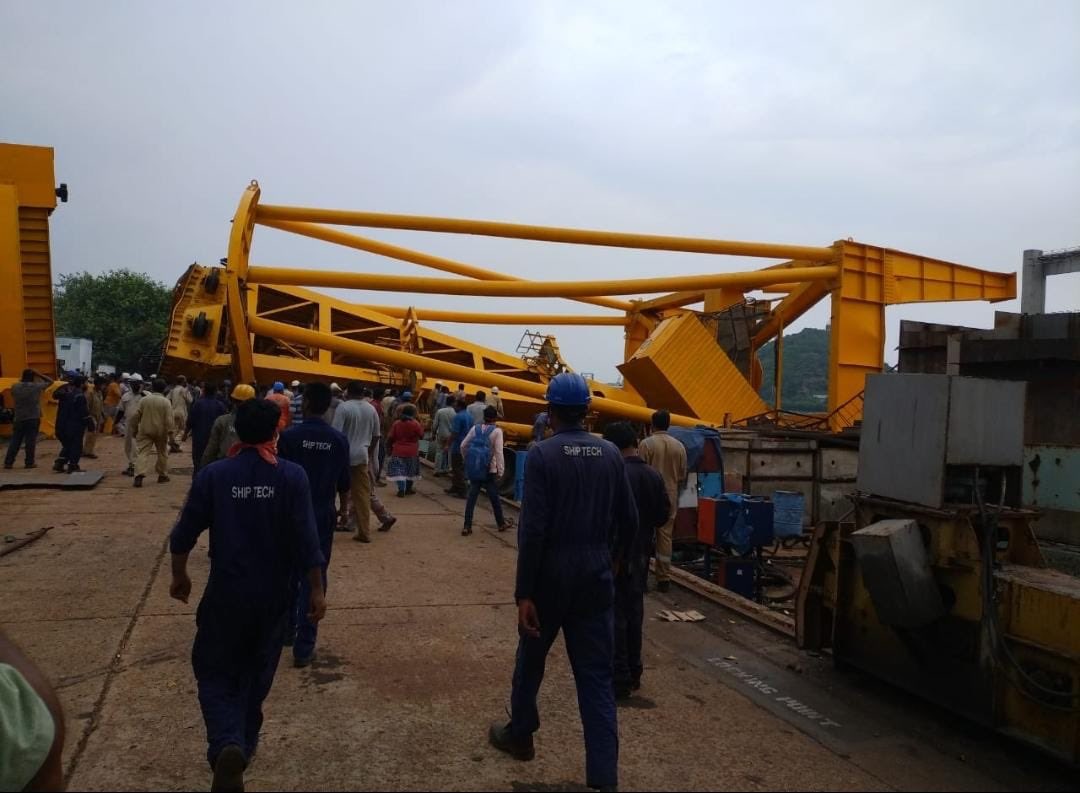