There were around 40 people inside the hotel, of which 30 were COVID-19 patients and 10 were hospital and hotel staff

Eleven persons have died in a devastating fire that broke out at around 5 am on Sunday in a hotel hired by a private hospital to be used a COVID-19 isolation centre in Andhra Pradesh’s Vijayawada.

After the fire broke out from the reception area and travelled to the upper floors, one person was charred to death while others were choked to death. People were seen jumping from the first and the second floor to save themselves.

There were around 40 people inside the hotel, of which 30 were COVID-19 patients and 10 were hospital and hotel staff.

Anguished by the fire at a Covid Centre in Vijayawada. My thoughts are with those who have lost their loved ones. I pray that the injured recover as soon as possible. Discussed the prevailing situation with AP CM @ysjagan Ji and assured all possible support.

The Andhra Pradesh Government has booked the hospital and the hotel management while the state has announced a compensation of Rs 50 lakh to the next of kin.

Vijayawada Commissioner of Police B Srinivasulu said the incident took place at Hotel Swarna Palace, which is being used as the COVID-19 centre by Ramesh Hospital, which is a private hospital.

Chief Minister YS Jaganmohan Reddy (YSR) has ordered a probe into the incident and asked for a report in two days. Expressing condolences to the bereaved families, the Chief Minister said: “The guilty will not be spared.” 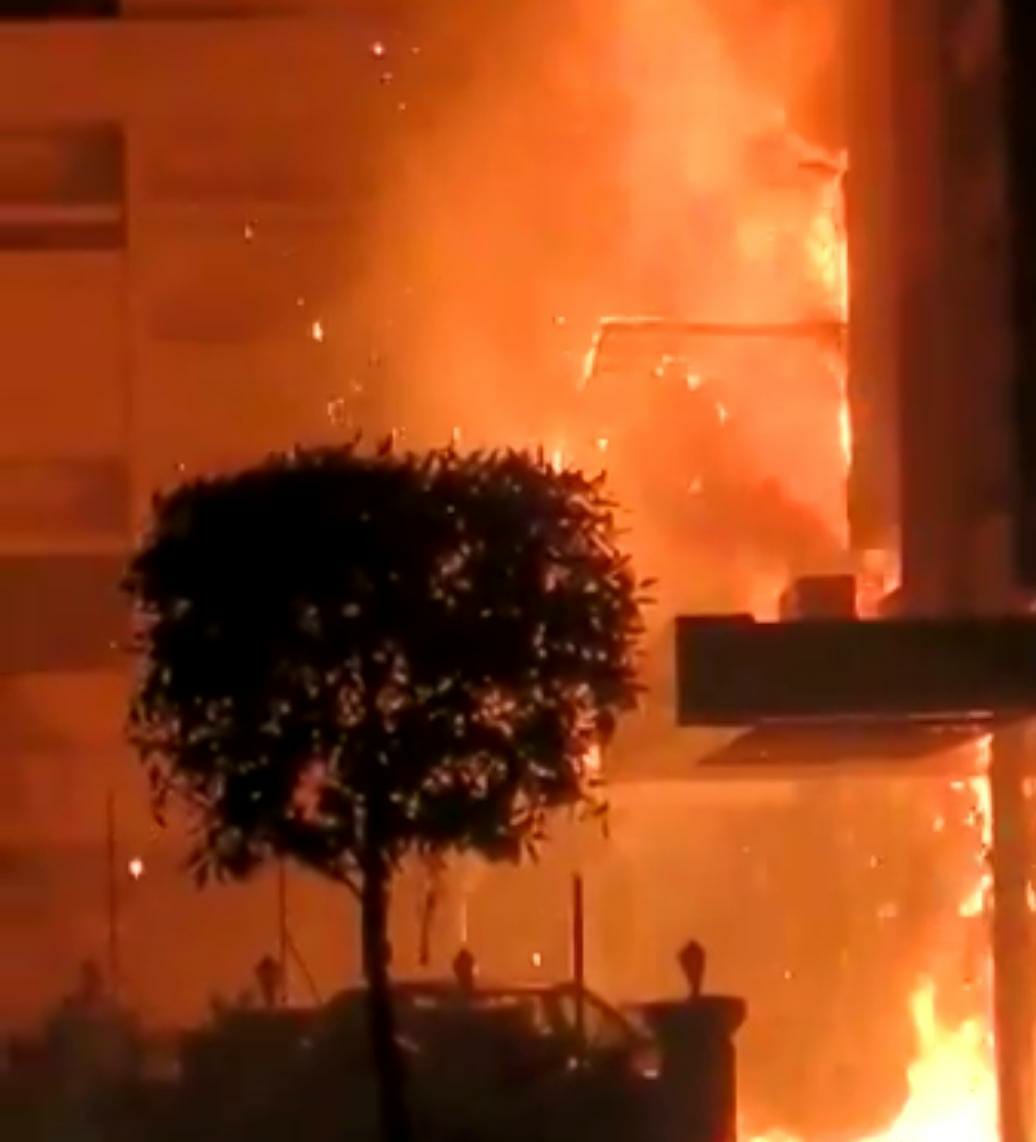 After the fire was contained by local firefighters, teams of the National Disaster Response Force (NDRF) evacuated those stranded inside using ladders. The NDRF men were also seen carrying dead bodies out of the hotel wearing PPE kits and other safety equipment.

“While 15 patients were rescued using fire tenders, nearly 17 others were brought to safety using ladders. They have been shifted to a hospital with similar isolation facilities. Two employees, including security guard Krishna Reddy, jumped from the first and second floors to save themselves,” an official involved in rescue operations said.

Srinivasulu said the FIR lodged against the hospital and hotel managements is on the grounds of negligence. He said the police would probe if the hotel, despite being aware of the electrical defects in the building, chose to ignore them owing to the high cost of repair.

The initial report said the hotel, which has a six-storey building, did not have safety clearances. However, the details will be known only after the inquiry report is completed.

Expressing his deepest condolences, YSR announced ex gratia of Rs 50 lakh to the kin of the deceased. He ordered an in-depth probe and directed authorities to take steps to ensure better medical services to the victims of the accident, who have since been shifted to another neighbouring hospital.

Meanwhile, Prime Minister Narendra Modi condoled the loss of the lives in the fire mishap and spoke to Chief Minister Jagan Mohan Reddy over the phone and enquired about the accident.

Similar condolence messages were also received from the political leaders from within and outside the state. The Prime Minister extended all possible help and assured support to the families of the victims.