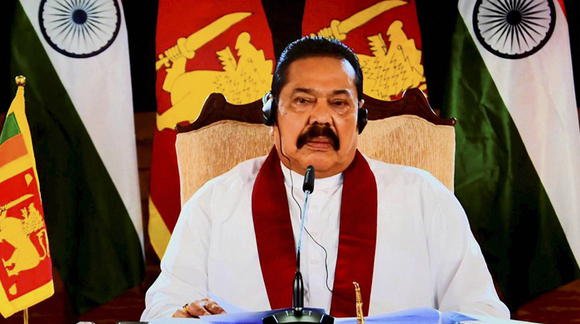 PM Narendra Modi resolved to pursue closer bilateral ties with his Sri Lankan counterpart Mahinda Rajapaksa through a mutually agreed 11-point agenda that will seek to address key issues like resolving the demands of the Tamil community, ban on Indian imports, the Colombo port project and the harassment of fishermen.

Most of the points stated in the joint statement touched on programmes to provide social and medical assistance to Sri Lanka, including a $100 million credit line, stepping up people-to-people contact and increasing coordination between security agencies.

What they agreed on

Rajapaksa gave no firm assurance on Indo-Japanese involvement in the Colombo port project, seen as a counter-balance to Hambantota port being allotted to the Chinese. Nor was there a firm commitment to resolving the issues of the Tamil community, almost a decade after the end of the civil war. On the port project, the joint statement merely resolved to work towards the “early realisation of infrastructure and connectivity projects” through bilateral agreements and MoUs.

In response to PM Modi’s call on the Sri Lankan Government to address the aspirations of the Tamil people, Rajapaksa eschewed any commitment on the Thirteenth Amendment to the Constitution. “Sri Lanka will work towards realising the expectations of all ethnic groups, including Tamils,” he responded. PM Modi announced that a delegation of Buddhist pilgrims from Sri Lanka will be aboard the inaugural international flight to the sacred city of Kushinagar, which has recently been announced as an international airport. The two leaders also agreed to facilitate tourism by enhancing connectivity and by early establishment of an air bubble. They also resolved to strengthen cooperation between the armed forces through personal visits, maritime security cooperation and support to Sri Lanka in the spheres of defence and security.

Recognising that BIMSTEC was an important platform for regional cooperation linking South Asia with South East Asia, both leaders agreed to work together to ensure a successful BIMSTEC Summit to be hosted under the Chairmanship of Sri Lanka.