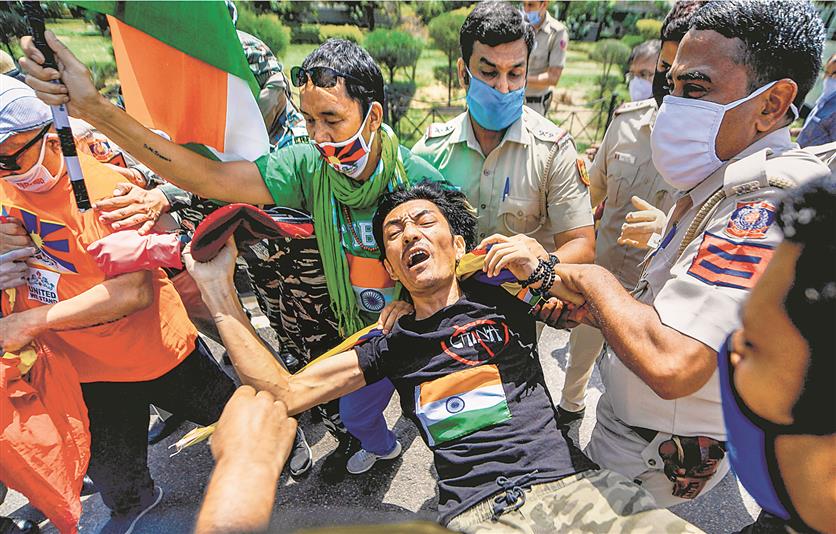 Even as India and China talk of de-escalation along the Line of Actual Control (LAC), the Indian Army has its eyes trained at defending the 13 identified possible routes of military ingress into Ladakh from the Chinese side.

External Affairs Minister S Jaishankar said the disengagement and de-escalation process was “very much a work in progress”. This came a day after the two sides during diplomatic talks resolved to push for “complete disengagement” of troops. PTI

These routes are natural gaps in the mountains along the 826-km LAC in Ladakh. Starting from east of the Karakoram pass, the northern-most point, and ending at Demchok, the southern-most edge of Ladakh, these gaps permit major land-based war-waging equipment and troops to pass through. Some eight of these 13 routes are open even during the winter as these areas get little snowfall, a senior functionary said.

Large parts of Ladakh are a flat plateau at more than 12,000 feet, but the mountainous parts are rugged, treeless and inhospitable. The possible ingress routes (gaps in the mountains) are all across, but in a bigger concentration in the Depsang plains — the route that was used during the 1962 war. Another set of gaps is in Hot Springs area. The route running south from Dungti to Demchok has another set of gaps. In the eastern part of Ladakh abutting Tibet, India has a deterrent at all these 13 routes. However, the forthcoming winter in Ladakh, that starts in September, will be a test. The mistrust between the two armies means both could hold on to major deployments at these gaps.

The aggression being shown by the People’s Liberation Army (PLA) China has turned the focus on these routes. On the Indian side, the defensive positions, built in the past 10 years or so, mean the gaps have been ‘militarily tailored’ to hold back the PLA.

On the Indian side, the two access routes to Ladakh via Manali and Srinagar see heavy snowfall throughout the winter starting September-end or early October and remain closed for months.

Also, crossing over from Leh to DBO, Depsang, Galwan, Pangong Tso, Hot Springs and Tangtse is possible either via Khardung La (18,300 feet) or Chang La (17,590 feet). Both receive snowfall.