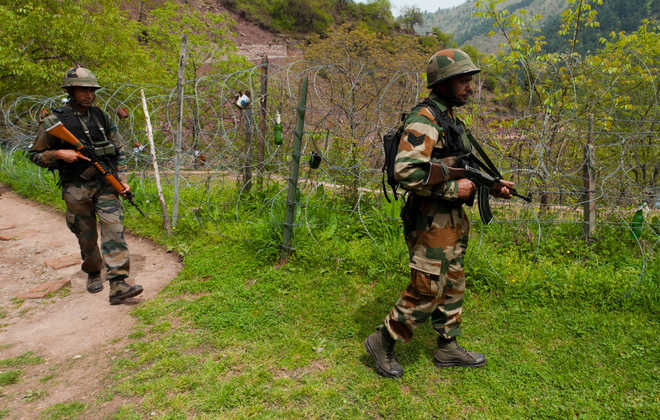 India’s effort along the Line of Actual Control (LAC) in the western part of Arunachal Pradesh has been fine-tuned for the rapid insertion of fully armed troops, round-the-clock surveillance and casualty evacuation in case of an exigency. - File photo

India’s effort along the Line of Actual Control (LAC) in the western part of Arunachal Pradesh has been fine-tuned for the rapid insertion of fully armed troops, round-the-clock surveillance and casualty evacuation in case of an exigency.

A remotely piloted aircraft, better known as a UAV, regularly flies from Missamari in north Assam and swirls over the Himalayas in Arunachal Pradesh keeping an eye over Bum La and Tawang along the LAC. The UAV with an ability to keep an eye 24x7 is one of the assets of the Independent Army Aviation Brigade deployed here. The brigade was raised in March this year. The UAV maintains surveillance and provides real-time imagery to commanders on the ground in forward areas.

“The imagery of the UAV is good and it works during night too,” said a senior official, speaking to a group of mediapersons from Delhi. The official held back information on the number of UAVs, saying there were ample.

The brigade has been tasked with responding along the Tezpur-Bomdila-Tawang-Bum La axis, which saw war with China in 1962.

The brigade is armed with Advanced Light Helicopter WSI (weapon system integrated) equipped with the mistral air-to-air missiles. The copter can handle reconnaissance, troop transport, anti-tank warfare and close air support. A unit of the ALH copters is also part of the brigade.

The Army Aviation and the Indian Air Force have joined hands for future operations. The IAF’s US-made Chinook and the Russian-made Mi17 helicopters are co-located with the Army Aviation as part of the air effort to quickly deploy troops in the valleys of Arunachal Pradesh. The rapid insertion of troops in the valleys of Arunachal was calibrated during exercise Gagan Shakti in 2018.

“Some serious flying is going on in forward area,” a senior functionary said at Missamari, the headquarters of the Army’s 71 Division, part of the 4 Corps headquartered at Tezpur.

Missamari sits at the foothills of the Himalayas and historically was the base used by the Allied forces for the air-supply route during WWII between India and Kunming, China.