Says I have been receiving threats by email, phone calls and letters from the day I was included as witness in the case 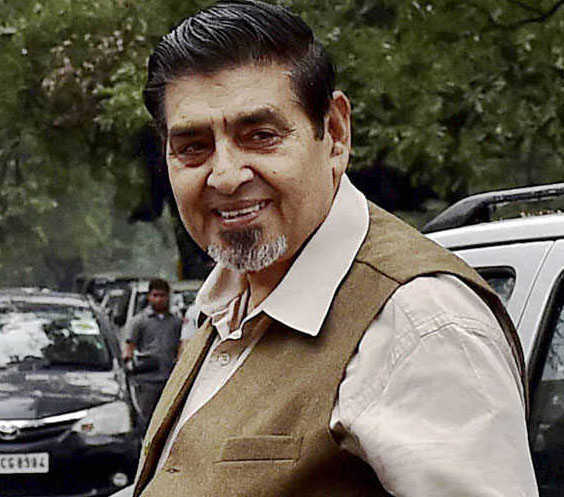 Abhishek Verma, one of the key witnesses in the 1984 anti-Sikh riots case involving former Congress MP Jagdish Tytler, has filed a complaint alleging that he is being threatened.

In his complaint to the SHO, Maidangarhi police station, Verma said: "I am the main witness in the case of CBI vs Jagdish Tytler for the 1984 anti-Sikh riots. I have been receiving threats by email, phone calls and letters from the day I was included as the witness."

Controversial arms dealer Verma further added that the threats have been advanced not only to him, but also to the trial court judge, who was hearing the case, in December 2019.

"Today I have received another threat on my official email. In the mail, Congress supporters who are the henchmen of Jagdish Tytler have not only threatened to blow me up with a bomb, but also the judges trying the case against Tytler," said Verma.

The alleged threat was received months after the Delhi High Court had directed the police to continue providing security to Verma, one of the key witnesses in the 1984 anti-Sikh riots case involving Tytler.

Justice Yogesh Khanna had on September 28 issued a notice to the Delhi Police and the Central Bureau of Investigation (CBI) in this matter.

On October 5, a separate Bench of the High Court had asked two senior Delhi Police officers to file a reply on a contempt petition filed by Verma, alleging non-compliance of an order to grant security to him.

This came after Verma sought contempt action against the Deputy Commissioner and Additional Deputy Commissioner of Delhi Police (south district) for alleged wilful disobedience and for not complying with the directions passed by the Chief Metropolitan Magistrate on August 18 to continue providing police security to him as per his previous security arrangements.

Verma was earlier provided with three security personnel for his personal security as well as for his family members who too were receiving threats.

The case relates to the riots at the Pulbangash gurdwara in North Delhi where three people were killed on November 1, 1984, a day after the assassination of then Prime Minister Indira Gandhi.

Tytler, who has denied his role in the riots, was thrice given clean chit by the CBI in the case, but the agency was directed by the court to further investigate the matter.

The victims had filed a protest petition challenging the CBI's closure reports in the case. The agency had re-investigated the case related to the killing of Badal Singh, Thakur Singh and Gurcharan Singh near the gurdwara after a court in December 2007 refused to accept its closure report. IANS