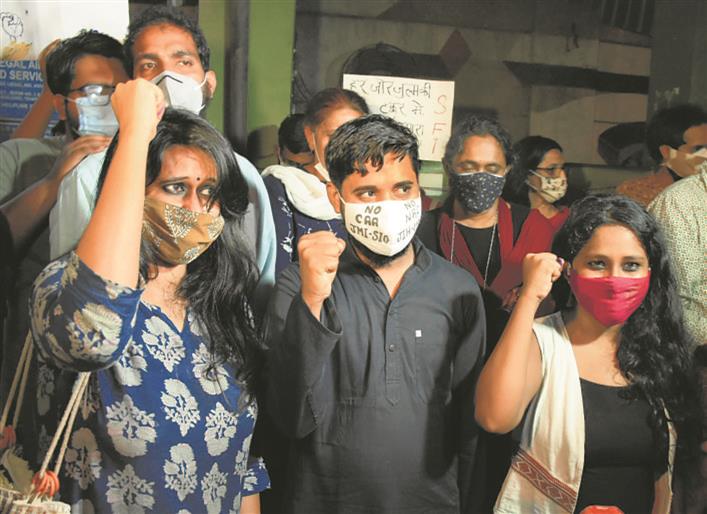 Two days after the Delhi High Court granted them bail in the Delhi riots conspiracy case, student activists Devangana Kalita, Natasha Narwal and Asif Iqbal Tanha were on Thursday released from Tihar Jail following an order of their “immediate release” by a Delhi court.

They were arrested in May 2020 under the Unlawful Activities (Prevention) Act (UAPA) and were accused of being the “masterminds” of the February 2020 violence, which claimed 53 lives and left more than 200 injured.

As their release was delayed for verification of addresses of sureties, on Thursday they again moved the Delhi High Court, which expressed displeasure over the delay and asked the trial court to proceed with the issue with “promptitude and expedition”.

In its order for the “immediate release” of the accused, the Delhi court said the delay in the verification process by the police could not be a plausible reason for the accused to be kept in jail after the grant of bail.

The Delhi Police have already moved the Supreme Court seeking reversal of the HC order granting bail to the trio on the ground that it held a “mini-trial” and read down the UAPA which would have far-reaching consequences.

The petition – which also sought a stay on the Delhi HC order —- is likely to be taken up for hearing by the top court on Friday. — TNS

Dissent is not terrorism. The protests we led were peaceful. — Natasha Narwal, JNU

We had secured bail, still we were inside jail. — Devangana Kalita, JNU