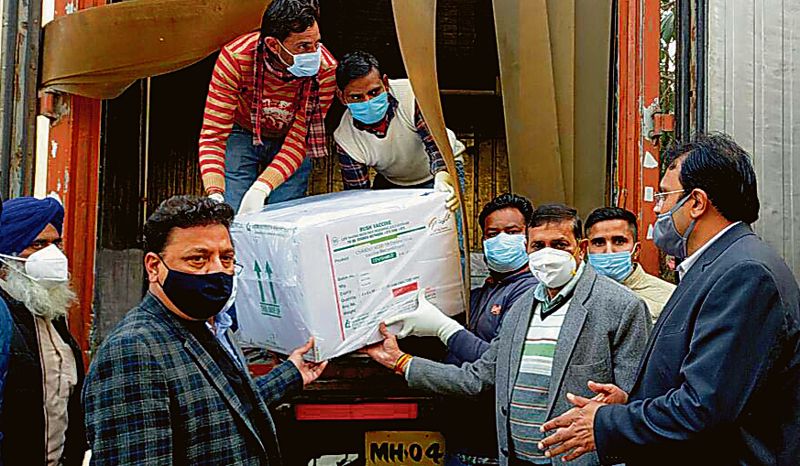 A Covishield batch reaches the store in Kurukshetra on Wednesday.

The drive against Covid-19 gathered momentum on Wednesday with planes carrying vaccines flying into airports across the country from where the cargo was dispatched to small cities and towns in readiness for the inoculation exercise.

Prime Minister Narendra Modi is likely to inaugurate the drive on January 16 through an interaction with health workers at select locations.

Bharat Biotech today shipped its stock of Covaxin to 11 cities. The company has given 16.5 lakh doses for free out of the bulk purchase order of 55 lakh doses.

Cong: Why lack of choice

By not allowing recipients to pick vaccine of their choice, the government is reducing them to guinea pigs. — Congress

The government has ordered 110 lakh doses of Covishield and 55 lakh of Covaxin for the first phase for three crore frontline workers.

Meanwhile, Congress leaders Manish Tewari and Jaiveer Shergill today questioned the lack of vaccine choice to people after the government said beneficiaries would be inoculated with the drug allocated to a given site. “...the government is reducing recipients to guinea pigs,” Tewari said

Dr VK Paul, Member, Health, NITI Aayog claimed both Covishield and Covaxin were safe. “Pfizer’s vaccine has got emergency use approval even as its trials are underway. Same is the case with all other vaccines,” Paul said. 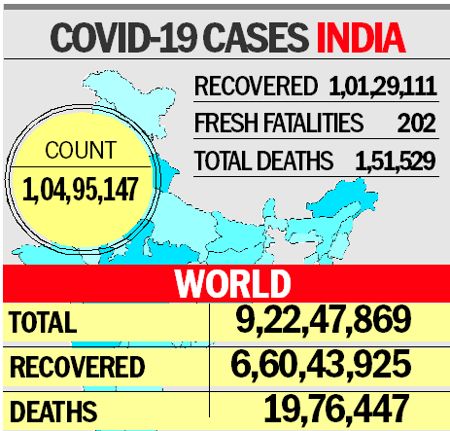