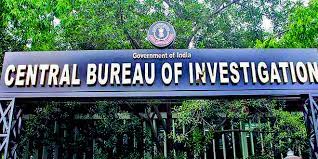 The CBI has been looking into the role of two AAP members of the Delhi Assembly for their alleged role in influencing transfer and posting of drivers in the Delhi Transport Corporation, officials said.

This comes after Deputy Chief General Manager of DTC Shakil Ahmed, who was arrested in connection with a bribery case, claimed during questioning by the CBI that many ruling party MLAs used to interfere in the transfers and postings of drivers and other staff, the officials said.

It is learnt that Ahmed took names of two MLAs — Mukesh Ahlawat from Sultanpur Majra and Sanjeev Jha from Burari. A senior official said: “Whether there was a quid pro quo in such recommendations is a matter of probe for the CBI. Their alleged roles will be probed as the case progresses.”

Meanwhile, Ahlawat is reported to have told a news agency, “I might have spoken to officials to transfer people close to their place of residence if anyone would have approached me. That’s my duty as a public representative.”

The agency had arrested Ahmed and five others in a bribery case for the appointment of two candidates as consultants, the officials said, adding the agency then conducted searches in which Rs 40 lakh was recovered from Ahmed. Apart from Ahmed, the CBI had also arrested his former personal assistant Sunil, Depot Manager, Sector 3, Rohini, Kirti Bala Malik, retired DTC official Mahender, retired assistant traffic inspector Saffuzzama and DTC official Jeetu, the officials said, adding that all have been sent to judicial custody.