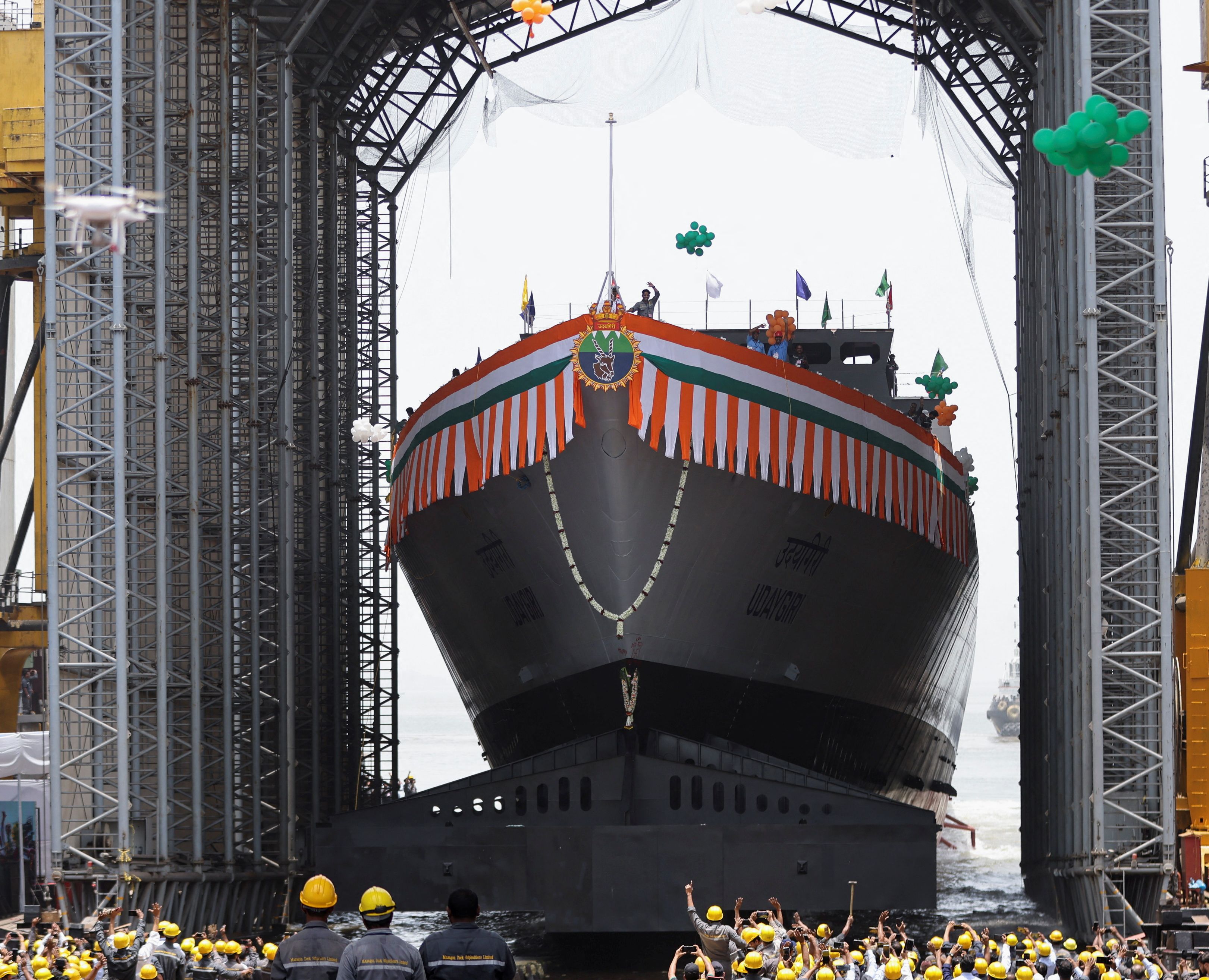 Warship 'Udaygiri' during its launch in Mumbai. It is part of the 37-strong fleet of ships & submarines under construction at Indian shipyards. PTI

Two indigenously built warships ‘Surat’ and ‘Udaygiri’ were launched at Mazagon Dock Limited in Mumbai today. With this, India take a step forward to speed up production and match China’s growing prowess at the sea and the pace of shipbuilding. 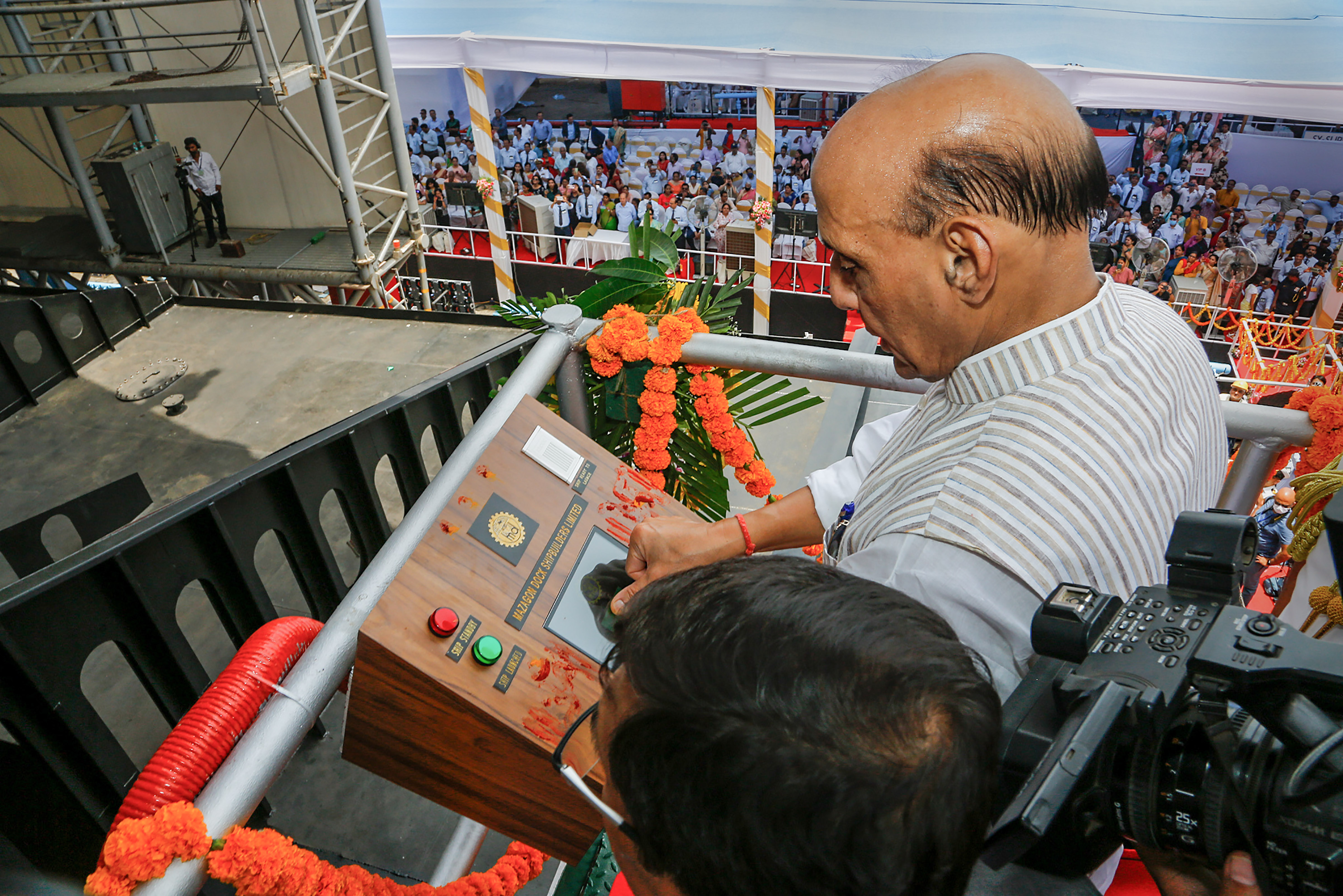 If a country aspires to become a regional or global power, it is necessary to develop a strong naval force. The government is making efforts in this direction. Rajnath Singh, Defence Minister

Defence Minister Rajnath Singh said, “The warships add might to the Indian Navy’s arsenal and represent India’s strategic strength as well as the power of self-reliance.”

The two warships would be among the technologically advanced missile carriers in the world, Singh said, adding “building of these two warships leaves no doubt that in the coming days, India will not only cater to its needs in the arena of shipbuilding, but will also take care of the requirements of others”.

‘Surat’ and ‘Udaygiri’ are part of the 37 ships and submarines currently under construction at Indian shipyards.

“China added 138 warships in the last 10 years,” Navy Chief Admiral Hari Kumar had told the media in December last year. India commissioned 28 ships and submarines over the last seven years. Instead of a ship-for-ship approach, the Indian Navy is seeking a disruptive technology to find better ways of doing the job at the sea.