Says BrahMos missile can be mounted on Tejas 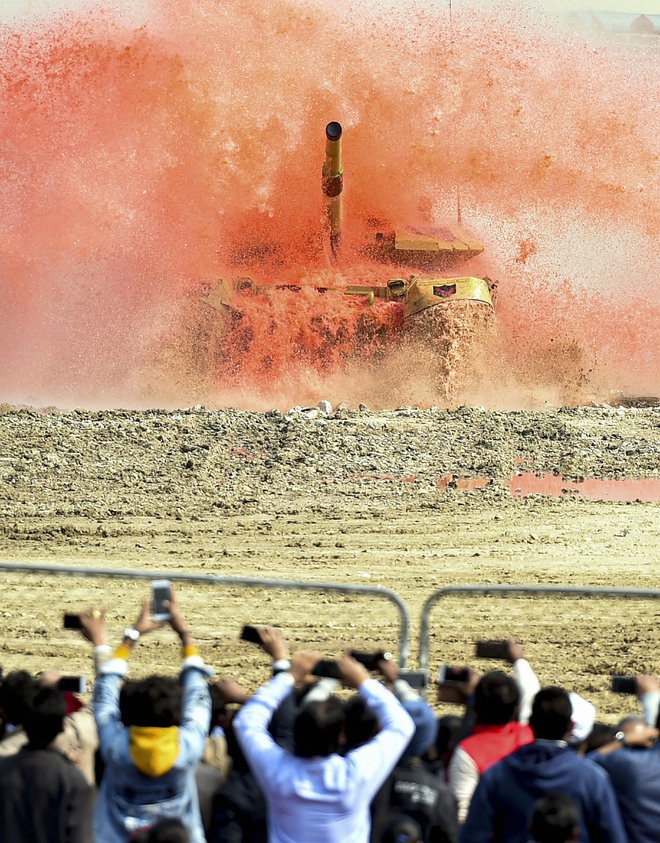 In what could change the dynamics of Indian military equipment-making market, the BrahMos missile could possibly be mounted on the Tejas fighter jet. Both are made in India.

The Hindustan Aeronautics Limited (HAL) is working to mount the much-talked about missile with the Tejas. The Chairman-cum-Managing Director of HAL, R Madhavan, on being asked if it was possible to fit the BrahMos on to the Tejas, said “Yes, it’s possible.” He had an exclusive chat with The Tribune on Friday on the sidelines of the DefExpo here.

On being asked if there was an expression of interest from BrahMos, Madhavan said “Yes. But we have not planned it as yet, but are thinking on those lines (to mount the missile on the jet)”.

The BrahMos may need another modification as the Tejas is smaller than the Sukhoi Su-30MKI. The missile may need to be lighter and dimensionally smaller.

The CMD of the public sector giant, on being asked if his company could make 20 Tejas per annum, said “easily”. He said ramping up production is not a big issue. The production line is fixed as per the number of order. As of now we have only 40 Tejas on order. Once we get the order of the next 83 Tejas Mark1A jets, we are geared up to make 16 planes and ramp it up to 20 per year.

The production speed depends upon the size of the order. Setting up a new line costs Rs 1,500 crore. With ramped up production, we can do the 83 Tejas Mark 1A jets within four years.

On advanced light helicopter (ALH) Dhruv, Madhavan said: “As of now we have order of 70 ALHs. Some 300 are already in service. “We are now aiming for more civil market operations”, he said, adding that copters are needed for immediate rescue and emergency situations.

On the light combat helicopters, he said, negotiations are in advanced stages to supply 15 such copters, 10 for the Army and five for the IAF.