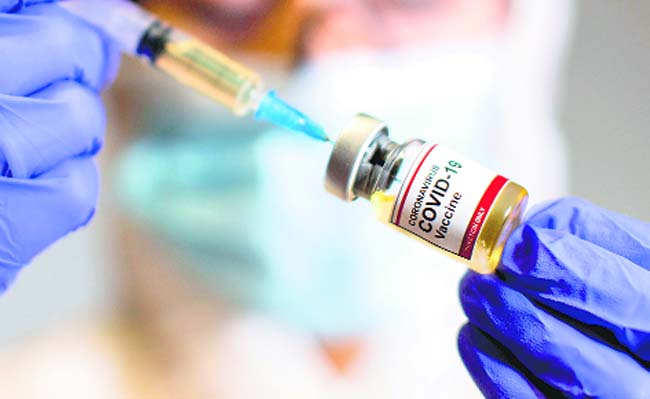 The fear of a third Covid wave has gripped Himachal Pradesh even as the country today saw the highest number of new cases (44,230) in three weeks amid fears of resurgence of the virus driven by the highly transmissible Delta variant.

The fear of a third Covid wave has gripped Himachal Pradesh even as the country today saw the highest number of new cases (44,230) in three weeks amid fears of resurgence of the virus driven by the highly transmissible Delta variant.

The country recorded over 44,000 new cases for the third day in a row, while the number of active cases in Himachal Pradesh rose to 1,137 even as the new cases crossed 200-mark yesterday.

Huge influx of labourers and tourists is said to be one of the main reasons behind the recent surge in the hill state.

“Due to virus mutation, the possibility of achieving herd immunity is not very high,” said Amitabh Awasthy, Secretary, Health and Family Welfare. He said although antibodies were found in 62 per cent people, the likelihood of attaining herd immunity was not very strong due to the prevalence of various mutants.

Chief Secretary Anil Khachi said preparations were on to ensure that in the case of a third wave, the state was well equipped to tackle the situation. “Within a month, we will have 28 pressure swing adsorption (PSA) plants to meet oxygen requirement. This will help cover most of the 100-bedded health institutions at places like Rampur, Theog, Nurpur and Paonta Sahib,” he said.

An official said, “The influx of a large number of persons from Nepal to work as labourers in apple orchards makes us vulnerable as the Covid situation is quite grim.” Shimla and Kullu also have a huge tourist influx, which aggravates concerns. Sudden spike in Mandi district hints the dormant virus is getting activated again.

Over 2.27 lakh pregnant women have received their first dose of Covid-19 vaccine under the ongoing national inoculation drive, the Health Ministry said on Friday. Tamil Nadu leads the way by vaccinating over 78,838 pregnant women.