25 from two communities held for Jahangirpuri riots : The Tribune India 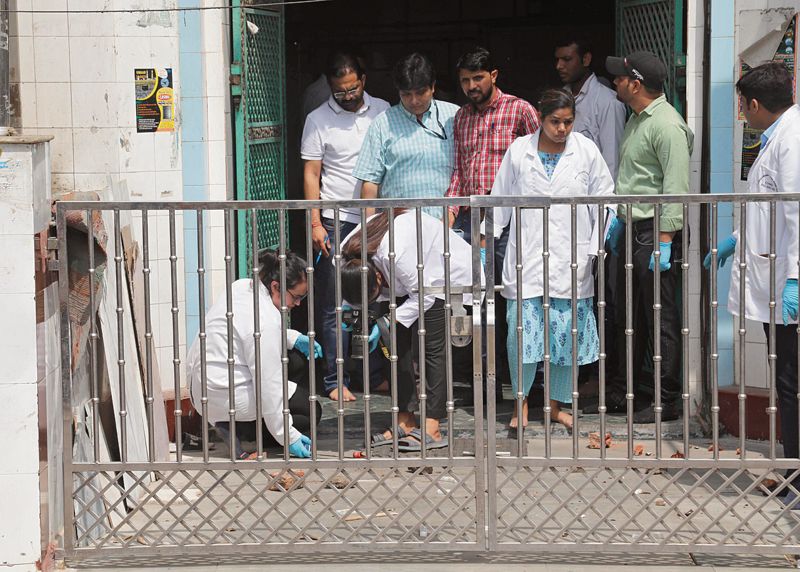 Refuting allegations of one-sided probe, Delhi Police Commissioner Rakesh Asthana today said 25 persons from two communities had been arrested so far for their alleged involvement in the Jahangirpuri communal clashes on Saturday. Two juveniles have also been detained.

The police said they had registered an FIR against members of the Vishwa Hindu Parishad and Bajrang Dal as well for taking out a religious procession without permission on Saturday evening. Prem Sharma, VHP’s district sewa pramukh, had been arrested, they said.

Nadda to opposition: Why mum on Karauli?

I want to ask political parties since they talk about vote bank politics, why have they forgotten the shameful happenings in Karauli, Rajasthan.

Asserting that none of those involved would be spared, Asthana said 14 probe teams had been constituted. Four forensic teams visited the crime scenes today and collected samples while footage from CCTVs and digital media was being scanned, he said.

Addressing the media, the Delhi Police chief denied claims that attempts were made to hoist saffron flags at a mosque in the violence-hit area during the Hanuman Jayanti procession. Appealing for calm, Asthana maintained that a few persons were trying to spread rumours on social media to keep the situation tense. He said the police had recovered five guns and as many swords from those arrested.

A country-made pistol had been recovered from Aslam, who allegedly shot at Sub-Inspector Medalal Meena, the police said. The police have also confirmed the arrest of 28-year-old Sonu, alias Imam alias Yunus, who was purportedly seen opening fire in a video during the clash.

“A video circulating on social media on Sunday showed a man in a blue shirt opening fire during the clashes. He has been arrested,” DCP (Northwest) Usha Rangnani said.