The Delhi-Amritsar Shan-e-Punjab, New Delhi-Moga Express, Old Delhi-Payhajot Express, Vande Bharat Express from New Delhi to Katra, and Amritsar Shatabdi are some of the trains affected 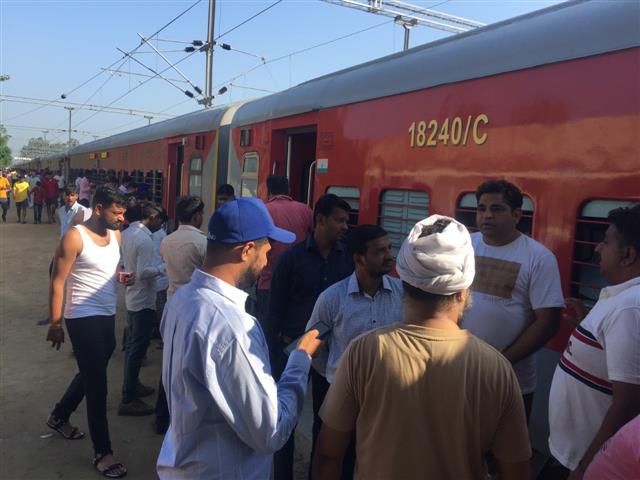 About 25 trains have been affected due to the Bharat Bandh called by farm unions on Monday to protest the Centre's three agri laws, officials said.

"More than 20 locations are being blocked in Delhi, Ambala, and Firozepur divisions. About 25 trains are affected due to this," a spokesperson for the Northern Railway said.

Officials said the Delhi-Amritsar Shan-e-Punjab, New Delhi-Moga Express, Old Delhi-Pathankot Express, Vande Bharat Express from New Delhi to Katra, and Amritsar Shatabdi are some of the trains that have been affected.

The bandh started at 6 am and ended at 4 pm.

In the North-Western Railway zone, rail traffic on the Rewari-Bhiwani, Bhiwani-Rohtak, Bhiwani-Hisar and Hanumangarh-Sadulpur-Sriganganagar-Fatuhi sections has been affected due to the farmers' agitation.

Partially cancelled train services include the Jaipur-Daulatpur Chowk Special train service which left Jaipur on Monday but will operate only till Dhulkot station.