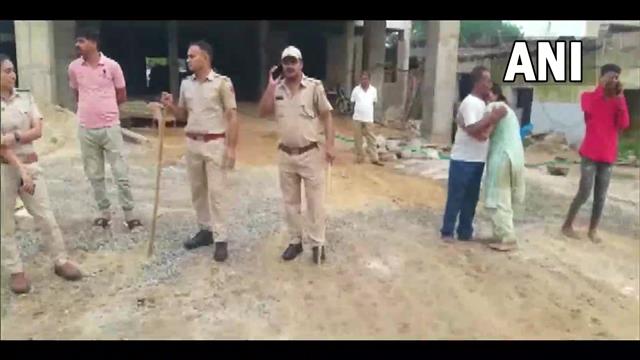 Three women were killed in a stampede outside the famous Khatu Shyam Ji Temple here when thousands of people waiting in queues tried to rush in as the doors opened for prayers in the early hours of Monday.

The devotees from Rajasthan and neighbouring states had been waiting at the temple premises in several queues to seek ‘darshan’ on the occasion of ‘Gyaras’, an auspicious day as per Hindu calendar. As the doors opened around 4.30 am, they began rushing in, police said.

In one of the queues, a 63-year-old woman with a history of heart ailment collapsed. Two women behind her, too, fell down due to the rush. They died in the stampede, Sikar Superintendent of Police K Rashtradeep said.

Hours after the incident, SHO Riya Choudhary, in-charge of Khatu Shyam Ji police station, was suspended as she "did not handle the situation well" when there was a "heavy rush" outside the temple, SP Rashtradeep said.

"There was a heavy rush outside the temple. The pressure mounted as soon as the temple gates opened, which led to a situation that left three women dead. It was not handled well. SHO  Choudhary has therefore been suspended," he said.

Earlier, SHO Chaudhary identified the 63-year-old deceased as Shanti Devi. Panic set in among the devotees as she collapsed, the official said.

Shanti Devi’s brother Mangat Ram told reporters, “The stampede occurred as soon as the temple was opened for prayers. Somehow, we managed to escape. My sister was old, she got stuck and died. Other members from my family sustained injuries.”

The family had arrived from Hisar in Haryana.

Shanti Devi’s daughter Poonam said some other family members, including girls, too fell in the stampede but they managed to escape.

“We were all standing together in the queue when we felt a sudden push from behind and all of us fell. My mother died,” she said with tears in her eyes.

Expressing his anguish, Prime Minister Modi tweeted, “Saddened by the loss of lives due to a stampede at the Khatu Shyamji Temple complex in Sikar, Rajasthan. My thoughts are with the bereaved families. I pray that those who are injured recover at the earliest.”

“Death of three women due to stampede in Khatu Shyam Ji in Sikar is very sad and unfortunate. My deepest condolences are with the bereaved family members,” he tweeted in Hindi.

Former Congress president Rahul Gandhi, too, condoled the loss of lives. He said on Facebook, “The news of stampede at Khatu Shyam Ji’s fair in Sikar is very saddening. I wish the injured a speedy recovery and peace to the departed souls. I also express my condolences to the families of those who lost their lives.”

“I appeal to all the Congress workers of Rajasthan to help the local people, along with the administration, at the earliest,” the former Congress chief said.

Poonia demanded the state government to release compensation for the kin of those killed and injured.

Raje demanded an investigation into the incident and action against the guilty so that such incidents do not recur.

CCTV footage is being examined for better clarity on the incident, the SP said, adding efforts are being made to identify the two other deceased.