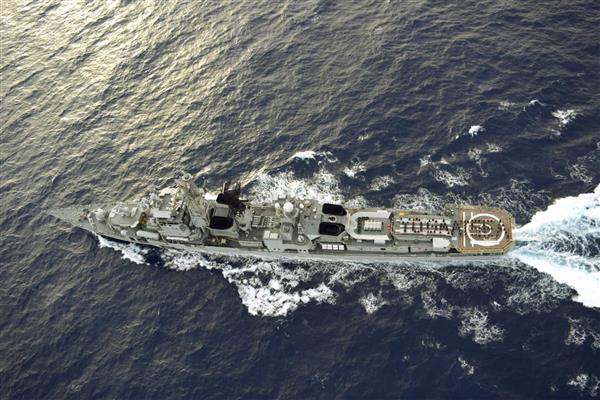 Three Indian Navy personnel have died following an explosion on board a warship war docked at the Naval Dockyard, Mumbai. All the three dead are sailors.

Ten others on board the warship have been injured and are treated at the Naval hospital in Mumbai.

It is yet to be ascertained what caused the explosion.

A Board of inquiry has been ordered to investigate into the cause.

The ship’s crew responded and quickly brought the situation under control, following the explosion. No major material damage has been reported on board the warship.

INS Ranvir was on operational deployment since November last year. It is otherwise its home-base is on the East coast since and was due to return to its base shortly.

The 147 metre long warship, when fully loaded, has displacement of 4,900 tonnes.