Child under observation of doctors 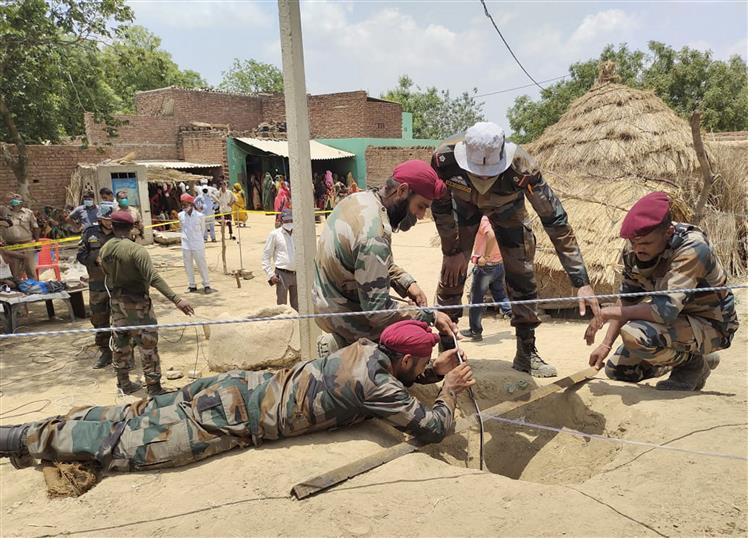 Rescue operation underway after a child fell in a borewell while playing at Dhariyai village in Agra district, Monday, on June 14, 2021. PTI

A 3.5-year-old boy was rescued following an eight-hour operation after he fell into a 130-ft-deep borewell while playing in Dhariyai village here on Monday, police said.

District Magistrate, Agra Prabhu N Singh told PTI that the boy is now under observation of a team of doctors.

With the joint efforts of the Army, SDRF, NDRF and Civil Police, the boy was brought out safely in a rescue operation that lasted from 8.30 am to 4.35 pm, Agra Senior Superintendent of Police (SSP) Muniraj G said.

He said the borewell is located in the land belonging to the child’s family.

“The borewell has been there for some six-seven years now but was opened temporarily as the family had started making a new borewell just a couple of days ago,” the district police chief told PTI.

The child accidentally fell into the borewell while playing at around 7.30 am and was stuck at around 90-feet, officials said.

The boy’s father, Chhotelal, expressed his gratitude, saying, “I’m very fortunate to see my child again. I thank everyone who has put their efforts to save my son.” PTI