30 people detained in Delhi in crackdown on PFI : The Tribune India 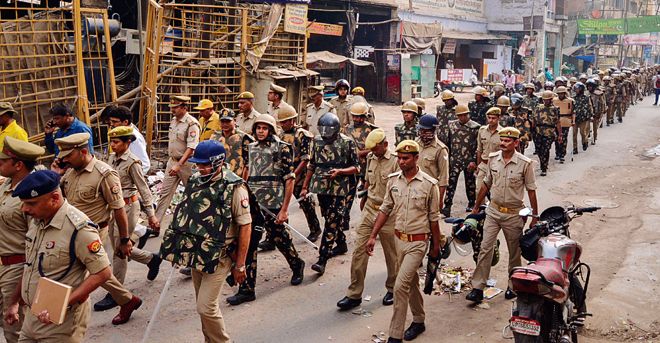 Thirty people associated with the Popular Front of India (PFI) were detained after raids at multiple locations, including Nizamuddin and Shaheen Bagh, in the national capital on Tuesday, as part of a crackdown against the outfit, police said.

The raids were conducted early in the morning by the Special Cell of Delhi Police, they said.

“We have conducted raids at multiple locations in the national capital, including Shaheen Bagh and Nizamuddin. So far, we have detained 30 people associated with the PFI,” a senior police officer said.

Delhi Police Public Relations Officer Suman Nalwa confirmed that in a “joint, coordinated action” against the PFI, 30 people had been detained so far.

No case had been registered as the investigation is under way, police said.

Several PFI activists and leaders were arrested or detained in similar raids carried out in Assam, Maharashtra and Karnataka on Tuesday.