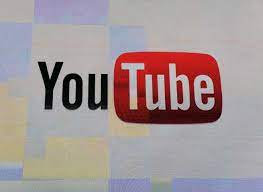 The Ministry of Information and Broadcasting has ordered blocking of 35 YouTube channels and two websites for spreading anti-India fake news. - File photo

The Ministry of Information and Broadcasting has ordered blocking of 35 YouTube channels and two websites for spreading anti-India fake news. Having a subscriber base of over 1.2 crore, these channels had garnered over 130 crore views.

Additionally, two Twitter accounts, two Instagram accounts and one Facebook account have also been blocked for being involved in spreading coordinated anti-India propaganda over the Internet. The ministry invoked Rule 16 of the Information Technology (Intermediary Guidelines and Digital Media Ethics Code) Rules, 2021, in blocking these Pakistan-based social media accounts and websites.

The ministry said Indian intelligence agencies, which were closely monitoring these social media accounts and websites, had flagged them for immediate action.

Most of the fake news topics targeted the Army, J&K and India’s foreign relations with other countries. The channels also spread lies regarding the demise of former Chief of Defence Staff General Bipin Rawat.

The channels propagated content to encourage separatism, divide India on the lines of religion and create animosity among the various sections of society.