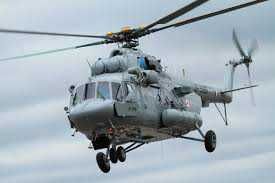 The Court of Inquiry (CoI) probing the “accidental” firing of a BrahMos missile has examined the role of at least four Indian Air Force (IAF) officials — a Group Captain (Commanding Officer), his seniors and also his juniors.

The initial probe has indicated a “human error”, and not a technical fault, led to the missile’s launch. Though alleged lapses in handling the missile are being probed, the CoI is looking at multiple angles.

A BrahMos missile was “accidentally” fired around 7 pm on March 9 from a base near Ambala and it landed some 124 km away at Mian Channu in Pakistan’s Punjab province.

All missile storage and inspecting protocols have been examined. IAF officials in the chain of command have been questioned to find out why and how the missile was fired. Each data, log and procedure followed by the officials on March 9 has been scrutinised by the CoI. The key question is how the launch codes were fed into the system that enabled the missile to fire. The protocol for firing and storage of BrahMos, a supersonic cruise missile, is such that a series of steps are needed to be completed before actual firing. The missile, which carried no warhead, travelled at Mach2 (some 3,200 km per hour) towards Pakistan. —