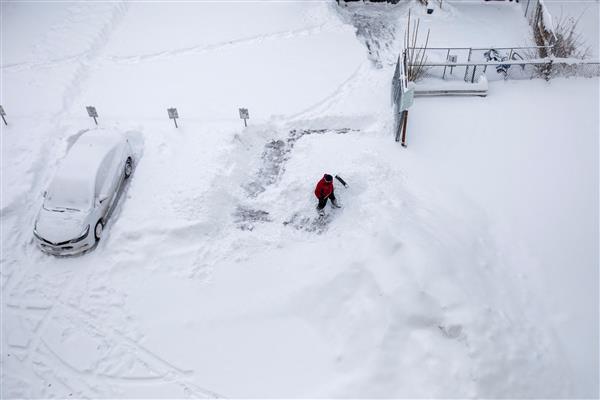 The victims - a man, a woman, a teenage boy and a baby died from exposure to the cold. Photo for representation. Reuters/file

A family of four, including a baby, believed to be Indians, froze to death on the Canadian side of the border with the US in what is suspected to be a human smuggling operation, said the Canadian police.

Expressing shock over the incident, External Affairs Minister S Jaishankar has asked the Indian ambassadors in the US and Canada to urgently respond to the situation. The Manitoba Royal Canadian Mounted Police (RCMP) on Thursday said the dead included two adults, a teenager and an infant.

It is believed that the group was separated from others who were arrested on the US side of the border. One of the arrested persons said a family of four had become separated while they were walking through blizzards and snow.

“What I am about to share is going to be difficult for many people to hear as it is an absolute and heartbreaking tragedy. At this early stage of the investigation, it appears that they all died due to exposure to the cold weather,” RCMP Assistant Commissioner Jane MacLatchy told the media, adding that the group was on its own in the middle of a blizzard and “faced not only the cold weather, but endless fields, large snowdrifts and complete darkness”.

It was the US Customs and Border Protection that raised the alarm after arresting a group of people that had crossed into the US and found one of the adults carrying items for a baby, but there was no infant with the group. An immediate search on both sides of the border found the bodies of a man, a woman, and an infant. The body of a male teenager was found shortly afterwards. The US authorities have arrested and charged Steve Shand of Florida for human smuggling.

Later, the authorities came across another group of five Indian nationals who said they had walked across the border for an estimated 11 hours. The RCMP said it was working with the US authorities on further investigation.