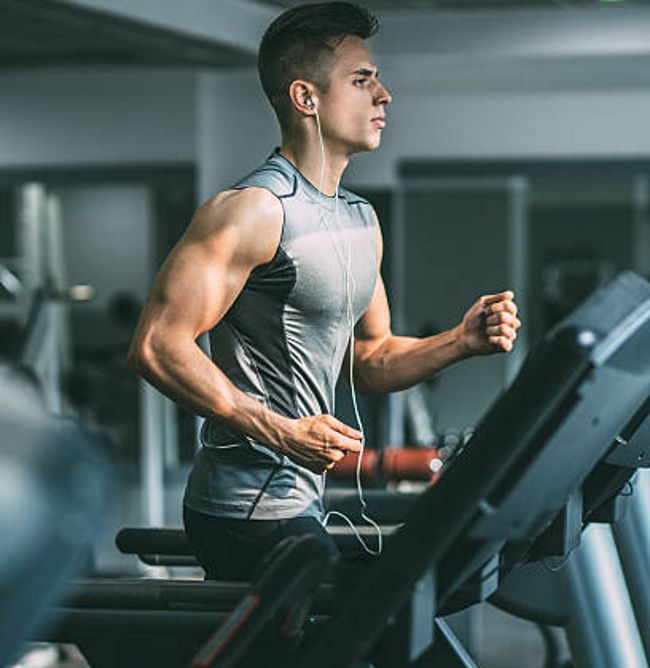 Four in every 10 Indian adults have reported insufficient physical activity that puts them at an enhanced risk of non-communicable diseases.

Four in every 10 Indian adults have reported insufficient physical activity that puts them at an enhanced risk of non-communicable diseases.

A new collaborative study by the WHO and the ICMR to determine levels of physical activity, associated socio-demographic and lifestyle factors among 18 to 69-year-olds in India has shown insufficient physical activity in 41.1 per cent of all adults surveyed. 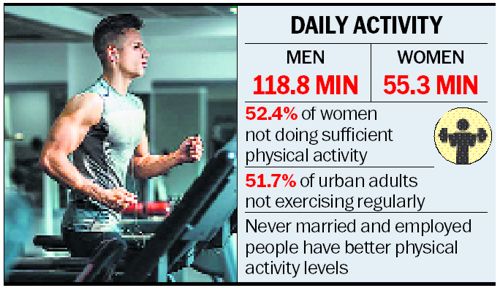 Women are lazier than men, finds the study led by Prashant Mathur from the ICMR side. Titled “Prevalence and Correlates of Insufficient Physical Activity Among Adults Aged 18-69 Years in India: Findings From the National Non-communicable Disease Monitoring Survey”, the study shows a higher proportion of women (52.4 per cent) and urban adults (51.7 per cent) were not doing sufficient physical activity (PA).

“The PA level among Indian adults was significantly associated with marital and employment status, with sufficient physical activity levels higher in never-married and employed adults. The majority in these categories were men and rural respondents. Never-married adults also showed lower prevalence of other behavioural and metabolic risk factors such as consumption of alcohol (14.7 per cent), tobacco abuse (12.2 per cent), high blood pressure (15.6 per cent) and raised fasting blood glucose (2.6 per cent), thus indicating healthy behaviours in this group of adults,” the study published today says.