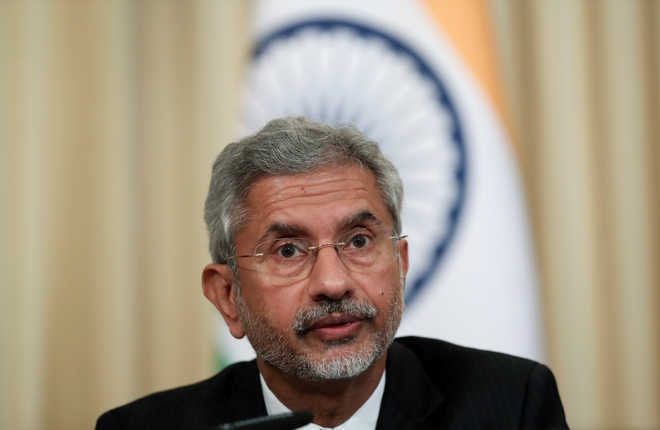 The Pune International Centre (PIC) will co-chair this year’s Asia Economic Dialogue (AED) that will be addressed by External Affairs Minister S Jaishankar and his counterparts from Japan, Australia, Maldives, Mauritius and Bhutan, veteran diplomat Gautam Bambawale said at a virtual press conference on Monday.

To be co-hosted by the Ministry of External Affairs (MEA), the AED will be held over three days from February 26 to February 28. PIC President R Mashelkar said the conference is part of a strategic agenda to make it the ‘Davos of East’ on global geo-economics in tune with the shifting of economic gravity from the West to Asia.

Asked if the guest list indicated an alignment against China, Bambawale said he wouldn’t reach that conclusion since among the invitees are Chinese nationals working with the Asian Development Bank and the Beijing-headquartered AIIB. The conference will steer clear of politics and focus purely on geo-economics, he added.

Bambawale conceded that this time there is no speaker from Pakistan. The meet would address larger issues that impact not just Asia, but the world, and in subsequent conferences, speakers from Pakistan could be invited, added India’s former Ambassador to China, Pakistan and Bhutan.

The conference under the theme of ‘The post-Covid global trade and finance dynamics’ will begin on February 26 with an inaugural session on ‘Resilient global growth in post-pandemic world’ featuring industrialist Naushad Forbes in conversation with Jaishankar and Australian Foreign Minister Marise Payne. Japanese FM Motegi Toshimitsu will join in with a tape-recorded message.

The second session, to be chaired by former Chairman of ICICI Bank and NDB, Shanghai, K V Kamath, ‘Global finance in the post-Covid world’ will feature bankers from multilateral banks.

Day two, on February 27, will begin with the industry-focussed session on ‘Building reliable global chains’ that will be addressed by senior corporate managers and industrialists from several parts of the world.

The second session will also feature specialists from around the world, this time related to the World Trade Organisation. This could perhaps be the first multi-nation meeting of specialists on WTO after the appointment of a new DG Ngozi Okonjo-Iweala.

On February 28, perspectives on international development cooperation will be shared by veteran diplomats as well as the Foreign Ministers of Bhutan, Maldives and Mauritius.