6 killed in lightning strikes in Odisha 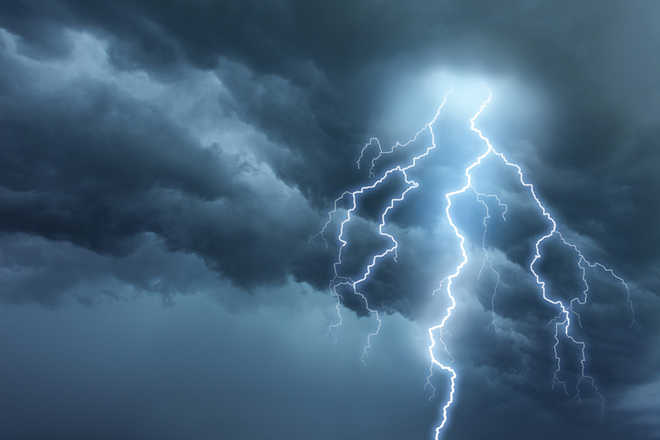 At least six people, including two children, were killed and two others injured after being hit by lightning in separate incidents in Odisha’s Balasore and Bhadrak district on Monday, police said.

While two children and a farmer died in Balasore district, three others died in neighbouring Bhadrak district, they said.

A 12-year-old girl had gone to tie Rakhi to her cousin brother aged 15 years at Mandagaon village under Khantapada police station limit when lightning struck and both the children died on the spot while two others present nearby were injured.

The injured have been admitted to a local hospital, the police said.

In another incident in Balasore district, a 46-year-old farmer of Arabandha village under Nilgiri police station died as lightning struck him while he was spraying pesticides in his paddy field, they said.

In Bhadrak district, a 35-year-old farmer was killed after being hit by lightning when he was working in the field at Mathasahi under Chandbali police station limit, police said.

In a similar incident, another farmer, aged around 55 years, died as lightning struck when he was working in the paddy field in Tihidi area, they said.

In yet another incident in Bhadrak district, a 42-year-old man died due to lightning when he had gone to a market in Chandbali for shopping, they added. PTI