7 soldiers die in accident near LoC in Turtuk sector of Ladakh : The Tribune India

Seven Army soldiers were killed and 19 others injured when the vehicle they were travelling in skidded off the road and fell into the Shyok river near the Line of Control (LoC) in Turtuk sector of Ladakh on Friday.

A party of 26 soldiers was reportedly moving from a transit camp at Partapur, near Siachen, to a forward location in sub-sector Hanif, when the accident occurred. 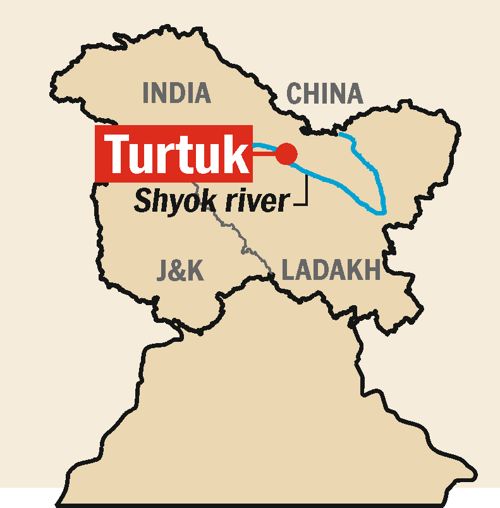 The bus (JK-10-6245) was being driven by Ahmed Shah, a resident of Changmar, who reportedly lost control over the vehicle and it plunged into the river. The accident occurred near Largyab, Pachhathang.

The injured were evacuated to 403 Field Hospital at Partapur as surgical teams from Leh were moved there. Some of them have suffered grievous injuries. Efforts are underway to ensure that the best medical care is provided to the injured, sources said.

All 19 injured were later shifted to the Western Command hospital, Chandimandir. An FIR (number 10/2022) under Sections 279 (rash driving), 337 (negligent driving endangering human life), 304-A (causing death by negligence) of the IPC has been registered at the Nubra police station. Prime Minister Narendra Modi has expressed anguish over the accident. “My thoughts are with the bereaved families. I hope those injured recover at the earliest. All possible assistance is being given to the affected,” he tweeted.

This is the second incident of non-combat casualties this year. In February, seven Army personnel were killed due to an avalanche. They were part of a patrol party that was struck by an avalanche in the high-altitude area of Kameng sector in Arunachal Pradesh on February 6.